Giada is showing off a small form-factor desktop computer featuring a 6th-gen Intel Core “Skylake” processor. Intel won’t actually release those chips until later this year, which means the Giada i80 probably won’t be available until September or later.

Still, it gives us an idea of what to expect from mini-desktops featuring Skylake chips… they’ll look a lot like models featuring 4th or 5th gen Core “Haswell” and “Broadwell” chips. 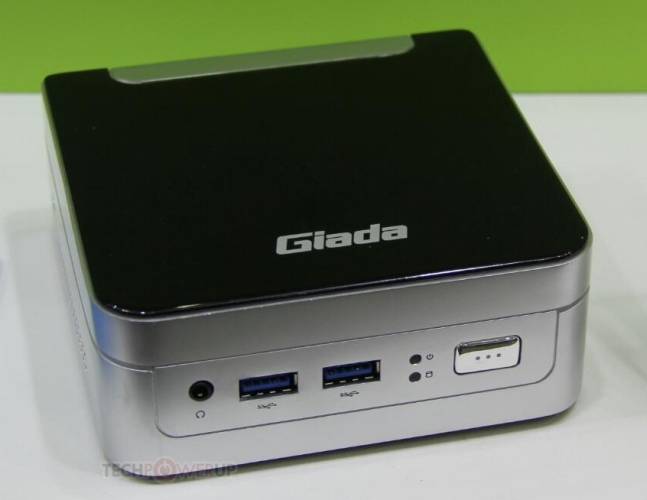 The Giada i80 is said to support a Skylake-U processor, which means it’ll have the kind of relatively low-power chip you’d normally find in a laptop. This makes sense for tiny desktops, since there’s not a lot of room for massive fans to keep higher-powered chips from overheating.

It’s not clear whether Giada’s computer is based on an NUC design, but Intel does plan to launch its own Skylake-powered mini PCs before the end of 2015.