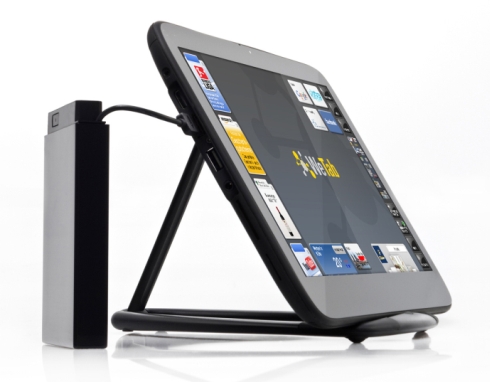 It looks like we can stop calling the 11.6 inch German tablet that can run Linux and Android apps the Neofonie WeTab. Neofonie is now out of the picture, with the WeTab becoming a wholly-owned subsidiary of 4tiitoo, the company that developed the custom software interface for the tablet.

The tablet has been available in Germany since September, although many uses had noticed problems with the device, including touchscreen sensitivity issues. According to today’s press release, version 2.0 of the WeTab software should address the touchscreen issue while adding new features including support for USB DVB-T digital TV tuners.

There’s no word on how much the controversy surrounding the former director’s actions may have played into the decision. It looks like the WeTab will continue to be sold in Germany. There’s no word on whether it will become available internationally anytime soon.

via NewGadgets.de and Chip Online