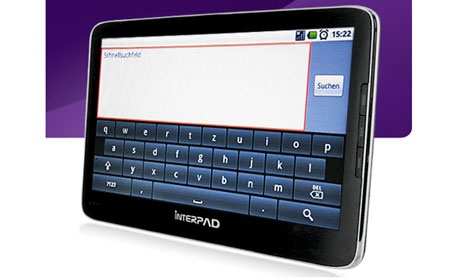 The E-Noa Interpad was set to be one of the first NVIDIA Tegra 2-powered Android tables in the German market when the company introduced the tablet last year. But flash forward 7 months and the Interpad is nowhere in site. Now the folks at Tablet Guys are reporting that the Interpad may not may not ever see the light of day.

Apparently the company ran into problems with investors and is seeking a new backer. On paper the Interpad looks like a pretty decent machine with a Tegra 2 processor, 1GB of memory, 16GB of storage, WiFi, Bluetooth, and a 10 inch capacitive touchscreen display (although last I heard it had a display resolution of just 1024 x 600 pixels, which would put the Interpad a bit behind the curve when compared to recent Android tablets from Motorola, Asus, and Acer).