GeniaTech is selling a line of single-board computers that look like Raspberry Pi clones, but which are powered by Amlogic chips instead of Broadcom processors.

Available with a choice of Amlogic S905X2 or S905X3 processors, each model sports 2GB of RAM, 8GB of eMMC storage, and support for 4K video playback. They’re also competitively priced – the cheapest Geniatech XPI-S905X series computer costs $35, while the most expensive is just $42. 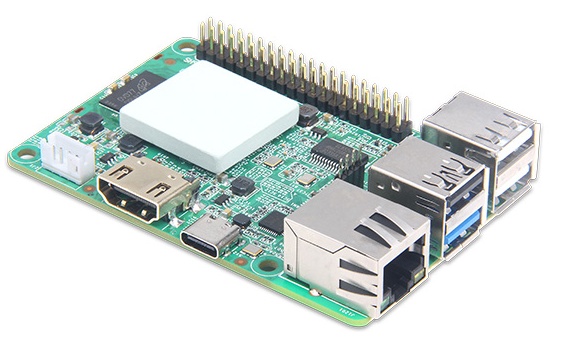 Here’s the breakdown on those pricing options:

Amlogic’s S905X2 is a quad-core ARM Cortex-A53 processor, while the S905X3 is a quad-core Cortex-A55 chip. Both feature ARM Mali-G31 MP2 graphics. And if you’re thinking of building your own media streaming device, you could certainly do worse than these processors. They’re closely related to the chip that Google uses for its Chromecast with Google TV.

While Geniatech is only selling models with 2GB of RAM and 8GB of storage through its website at the moment, the official spec sheet shows that the company can make models with as little as 1GB or as much as 4GB of memory and up to 32GB of emMC storage, although I suspect you’d need to place a special order to get your hands on one of those configurations. There’s also mention on the website of support for an optional Amlogic S905X4 processor.

The boards officially support Android 9.0 software, but as CNX-Software notes, other boards with similar hardware can run GNU/Linux distributions, so odds are that Linux-savvy users could find a way to get their OS of choice up and running on Geniatech’s boards.