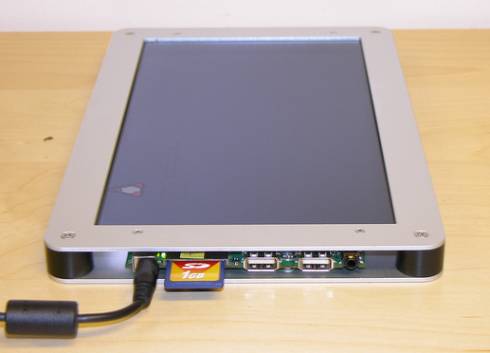 Both products are low-power, low price computers. The Smarttop runs just $129 and you can pick up the Smartbook for $199.

Now Genesi has started to show off its next-generation systems based on Freescale’s more powerful i.MX53 processor family. The difference is that this time Genesi doesn’t plan to sell computers directly to consumers. Instead the company is developing a board that can be used in a variety of form factors including tablet, laptop, or desktop computers and shopping it around to partners.

The idea is that licensees could design their own computers based on Genesi’s platform.