The Gemini PDA handheld computer ships with Google Android software, but the folks at Planet Computer have been describing it as a system capable of running Debian and other GNU/Linux distributions since day one. 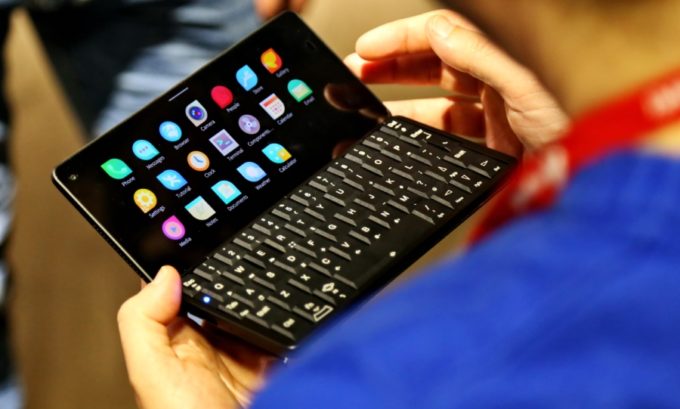 Some models features MediaTek Helio X25 deca-core processors, while others have a faster Helio X27 deca-core chip. And all of the laptops look like tiny laptops, thanks to a clamshell design and a QWERTY keyboard designed in collaboration with Martin Riddiford, a designer who worked on the classic Psion line of handheld devices.

Planet Computer offers a partition tool that makes it relatively simple to set up a multi-boot system that can run Android and one or two other operating systems. For example, you could set up a dual-boot system that runs Android and Debian Linux, or a triple-boot experience with Android, Debian, and Sailfish.

There are also detailed instructions for downloading and flashing firmware on the Gemini PDA.

Sailfish, meanwhile, is a Linux-based operating system that was originally designed to run on Jolla’s own smartphones and tablets. The company has gotten out of the hardware business and is instead focusing on developing software that can installed as an aftermarket alternative or pre-installed on products from other companies.

The Sailfish 2.1 community edition software for the Gemini PDA is just a first step. A Sailfish X beta will be available sometime around September, followed by a final release of Sailfish 3 by the end of the year. The full version is expected to:

Sailfish X/Sailfish 3 will also come with official support. But I suspect it won’t be free: Sailfish X for the Sony Xperia X smartphone currently sells for about 50 Euros ($58 US) in the EU, Norway, and Switzerland.