Are physical keyboards for mobile devices making a comeback? TCL and BlackBery just launched a new phone with a QWERTY keyboard. A keyboard module for the Moto Z smartphone is generating some buzz. And an Indiegogo campaign for a 7 inch, pocket-sized Windows notebook has raised over $1.7 million (so far).

Now the folks at UK-based Planet Computers want to bring back the idea of a small, clamshell computer. And they’ve partnered with the designer of the classic Psion Series 5 to do it. 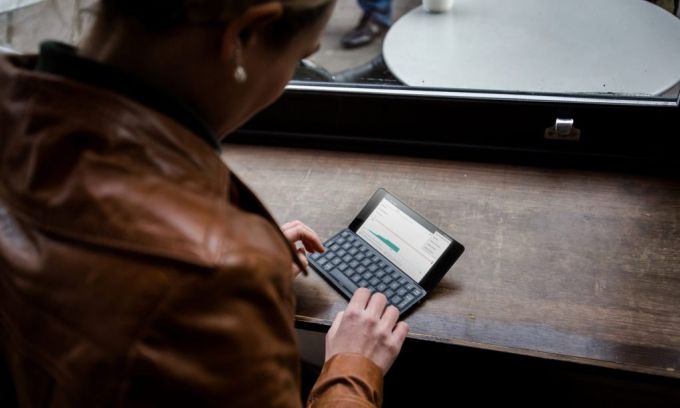 The Gemini is basically a tiny laptop featuring a 5.7 inch display, a QWERTY keyboard, and modern specs. It’s designed to run Android, but there’s also a dual-boot Linux option.

Planet Computer hopes to start shipping the first Gemini units in November, and the company is running an Indieogogo campaign in hopes of raising $200,000 for the project. 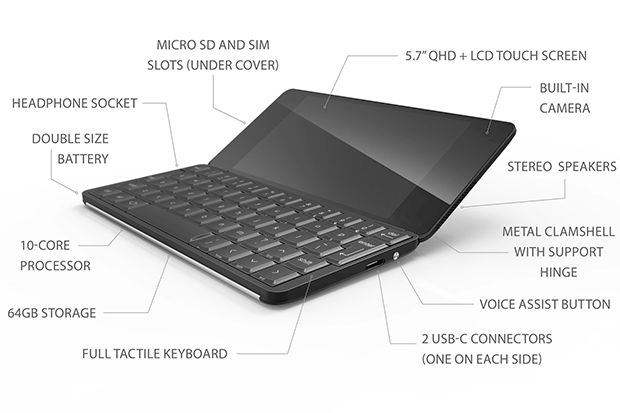 The Gemini is eventually expected to have a retail price of $499 and up, but backers of the campaign can reserve one for as little as $299.

What Planet Computer is promising for that price is a pocket-sized computer with features including:

The device supports Android and Linux and there are two versions: a WiFi-only model and a WiFi + 4G model that supports mobile data.

The Gemini measures about 6.7″ x 3.1″ x 0.5″ and weighs about 14 ounces, which makes it heavier than a typical smartphone, but not much larger when the screen is folded down over the keyboard. 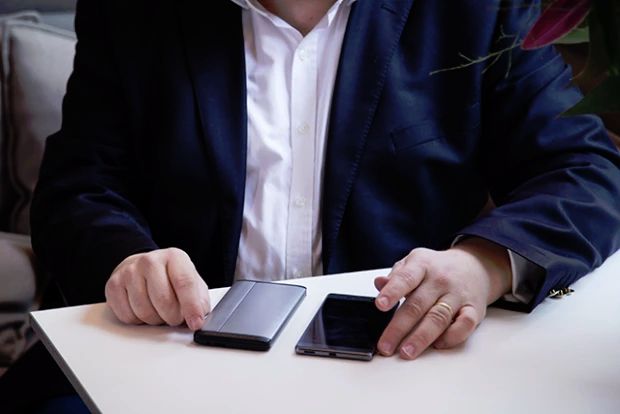 Speaking of the lid and keyboard, that’s where the computer shares a bit of DNA with classic Psion PDAs. Planet Computer hired Martin Riddiford and his firm, Therefore, to help design the Gemini. Riddiford helped design the sliding keyboard design on the Psion Revo and Psion Series 5, which allowed the keyboards on these 90s’-era handhelds to counterbalance the weight of the displays when the lid is opened.

Based on the early reaction to the crowdfunding campaign, it looks like the Gemini might scratch an itch some users have had since the clamshell PDA market dried up nearly 15 years ago. It might be the same itch the GPD Pocket is aiming to scratch, but GPD’s tiny notebook has an Intel processor and Windows or Ubuntu software, while the Planet Computers Gemini is an ARM-based device with a smaller (but higher-res) display and Android/Linux software.

I’m curious to see if there’s room for both approaches to succeed… although, as I’ve recently argued, success in the crowdfunding age doesn’t necessarily mean selling millions of devices and reshaping the consumer electronics space. It could just mean manufacturing a few thousand devices for folks that really want those particular devices.