Now that the Gemini PDA is shipping to crowdfunding backers, we’re starting to get real-world reviews… and hacks.

The handheld computer ships with Google Android, although it’s expected to support other operating systems including Debian, Ubuntu, and Sailfish OS in the future.

Meanwhile, xda-developers forum member deadman96385 has ported TWRP 3.2.1 to run on the Gemini PDA, making it easy to backup, restore, or flash custom firmware on the device. And that’s just the start. 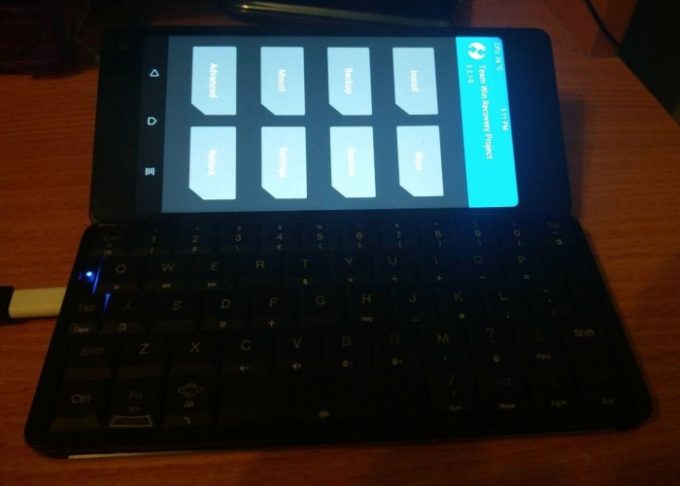 And deadman96385 has begun working to port LineageOS 14.1 to run on the Gemini PDA for folks that would prefer a custom Android ROM to the stock version of Android that comes with the little computer.

The Gemini PDA features a 5.9 inch, 2160 x 1080 pixel display, a 10-core MediaTek processor, 4GB of RAM, 64GB of storage, a 4,220 mAh battery, and a QWERTY keyboard designed in partnership with Martin Riddiford, the designer who worked on several classic handheld devices from Psion.

The project has raised more than $2 million through an Indiegogo crowdfunding campaign, where it’s still available for order: a WiFi-only model sells for $499 and a 4G-ready model that can also be used as a phone is priced at $599. Both versions have estimated ship dates of May, 2018.

Just keep in mind that some early adopters have complained about issues with the keyboard, USB ports, and other hardware.