Firefox OS is a smartphone operating system designed to run on a wide range of hardware. But up until now the only devices to ship with Firefox OS have been phones with very entry-level specs.

Now Spanish device maker Geeksphone is offering the first Firefox OS phone with decent, or at least mid-range specs. It’s called the Peak+ and it’s available for pre-order for €149, or just under $200. 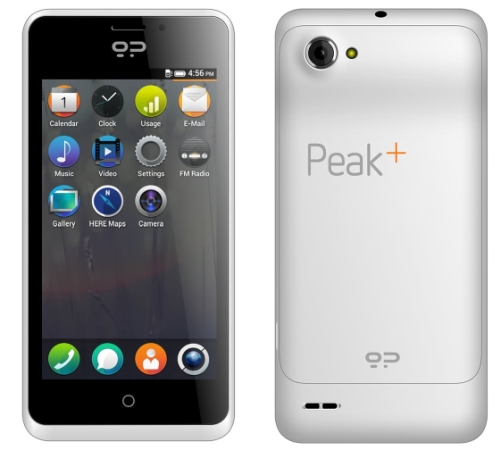 While those specs aren’t exactly impressive, up until now there hasn’t been a Firefox OS phone released with more than 512MB of RAM.

Geeksphone says the €149 pre-order price is a limited-time promotion. The phone will start shipping in September, and the price may go up around that time.

Update: A Mozilla spokesperson contacted Liliputing with the following statement:

I checked with Mozilla, and apparently while Boot to Gecko (or B2G) is open source and available for anyone to use, only officially approved devices will ship with “Firefox OS.”