The Geeksphone Keon is a phone aimed at developers that want to get their feet wet with Mozilla’s upcoming Firefox OS mobile operating system. Spanish company Geeksphone plans to start shipping the phones internationally by the end of the month.

But you can read the user manual and get a closer look at the Keon now, thanks to a listing at the FCC website. 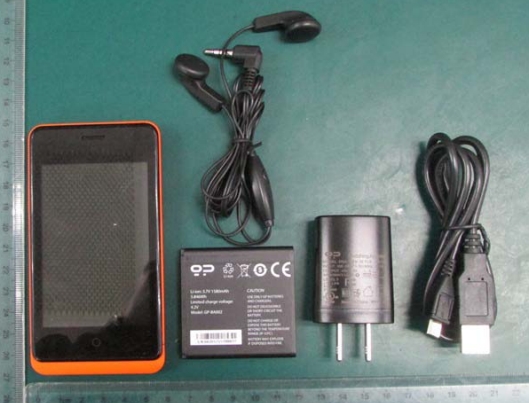 According to the user manual, the Keon has a removable rear cover which lets you access the user replaceable battery or insert a SIM card.

The manual also provides a look at the on-screen keyboard, phone dialer, music player, and other apps — although the images of the web browser and gallery/video player look suspiciously like the stock Android versions of those apps. That’s not shocking, since Firefox OS is based on Android, even though it won’t be able to run most third party Android apps.

I suspect the phone will actually run a mobile version of the Firefox web browser though, rather than the Webkit-based Android web browser.