The developers at Linaro have been showing off some code optimizations that allow Google Android 4.0 to run up to 100 percent faster under some conditions. It’s not clear if or when these tweaks will end up in the official version of Android that Google ships to phone and tablet makers — but the changes have already been submitted to the Android Open Source Project and independent developers have already started to build Linaro’s toolchain into custom versions of Android.

One of those custom Android builds is gedeROM, an Android 4.0 ROM designed for the Amazon Kindle Fire. 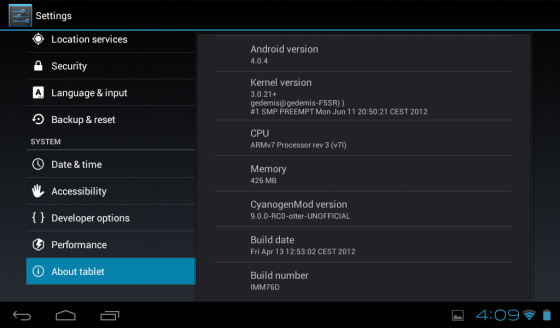 The latest version of gedeROM is based on Android 4.04 and includes a number of features taken from CyanogenMod including support for CM9 themes, the CyanogenMod 9 boot logo, and more.

But gedeROM also includes a number of custom tweaks, including:

Because the software is based on a kernel that’s still under development there may still be some bugs. For instance, there are known issues with audio and shutdown. Netflix doesn’t appear to be working in the latest build either, but it’s possible that an update could fix that soon. 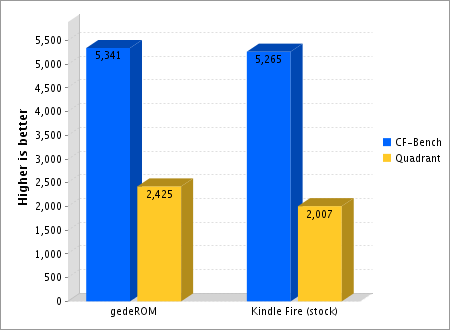 While gedeROM isn’t ridiculously fast, it did score higher in a few benchmarks I ran than the Kindle Fire running the stock Amazon version of Android.