Razer got its start making PC gaming accessories and eventually expanded into making its own gaming PCs, smartphones, and a few other oddball products.

So what’s next for the company? A toaster. You know… the kind that makes bread crispier.

Why? There’s a story behind that. 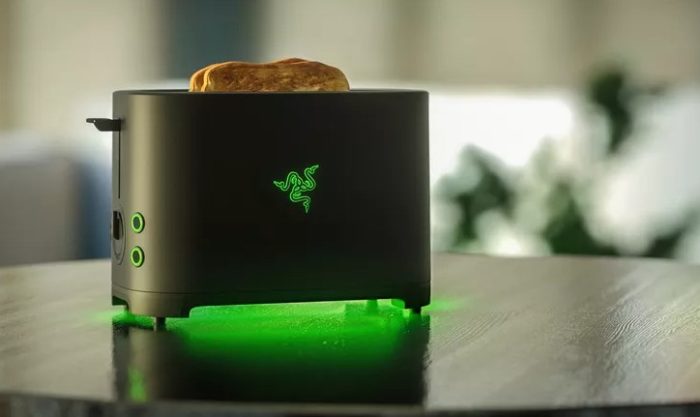 A group of enthusiastic fans of the idea have been urging Razer CEO Min-Lian Tan to have the company and design a toaster since 2013. At the time, he responded that if the “Give us the Razer Toaster” Facebook page got a million likes, he’d do it.

That… hasn’t happened. But the community has grown over the years, and now has over 45-thousand likes. And at some point he provided a shortcut: for every person who got a tattoo of a toaster with the Razer logo, he’d count that as 100-thousand likes.

There are now 12 people walking around in the world with Razer Toaster tattoos, and Min-Lian Tan posted on Facebook a few days ago that he’s officially liked the group’s Facebook page and has agreed to “put together my team of designers and engineers” to develop a Razer Toaster.

What will it look like? How will it differ from other toasters? Will it burn the Razer logo in your bread? It’s a bit early to know – Tan says it’ll probably be a few years before the company is ready to ship a toaster.

But an April Fools’ prank from a few years ago might give us an idea. Razer’s Project Breadwinner was never supposed to be a real thing, but the company did produce a pretty slick promotional video and even made a few mockups showing a toaster with USB ports and audio ports for some reason…

… which brings us to today. The folks behind the Give us the Razer Toaster movement have shared a rather epic video looking at the 5-year journey toward getting the company to agree to actually build this thing without actually knowing if they’ll sell more than a few units.