A week after the makers of the GameStick $79 Android-based video game console set out to raise $100,000 to bring their idea to market, they’ve already raised nearly $300,000, mostly from backers looking to reserve one of the first GameSticks which should hit the streets in March.

And there are still three weeks left in their Kickstarter campaign.

So they’ve added some stretch goals. If they hit certain fundraising targets, we could see new color options and more. 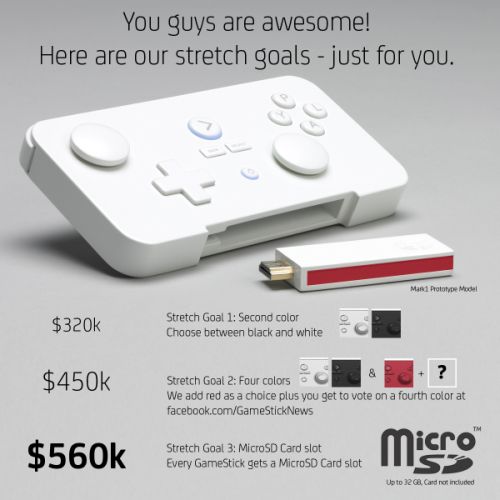 Here’s a run-down of the stretch goals:

Honestly, none of these features are all that exciting (although it’s a bit surprising that a microSD card slot wasn’t already part of the plan — most white box Chinese Android TV sticks have them). But it’s nice to see GameStick expanding its plans in response to a successful fundraising campaign. 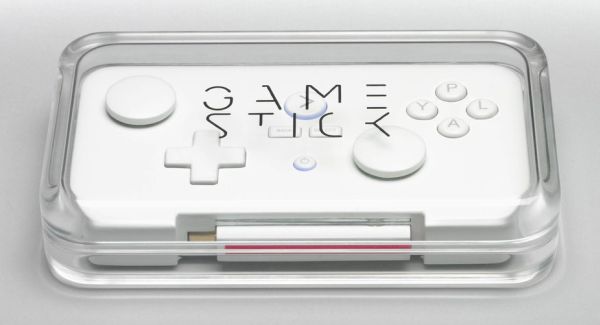 GameStick maker PlayJam is also now offering a carrying case for the GameStick for about $10 (if you’ve already pledged for a $79 stick) or as part of an $89 bundle.