The GameStick is a tiny video game console that fits on a stick not much larger than a USB thumb drive. Just plug it into the HDMI port on your TV, and you can run Android games on your TV using the included Bluetooth game controller.

You can also store the stick in the controller when it’s not in use.

Originally scheduled to ship in April, the GameStick has been delayed a few times. But the developers say the first units should be on track to ship in September to folks who backed the project on Kickstarter. 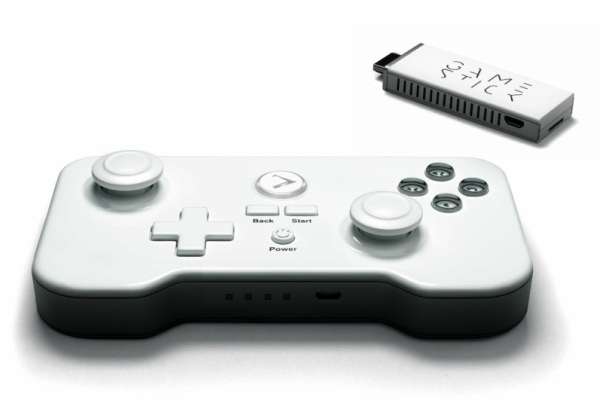 Some more evidence that the GameStick is coming soon comes from the FCC website, where the Bluetooth controller showed up this week.

The device runs a custom version of Google Android, and the developers plan to offer support for media center software including XBMC soon, as well as DLNA wireless media streaming.

If you didn’t back the Kickstarter campaign, you can order the GameStick from Amazon

or GameStop. Both stores show an estimated release date of September 30th.