The Clockwork GameShell is a handheld device that looks a bit like a GameBoy. But it has a color display, more buttons, and a GNU/Linux-based operating system with support for emulators that let you run games from a bunch of different consoles.

Oh, and the GameShell is also a modular device that you can assemble yourself.

Clockwork is launching a Kickstarter campaign for the GameShell today, and hopes to ship it in April to backers that pledge $89 or more (that’s the “super early bird” price). 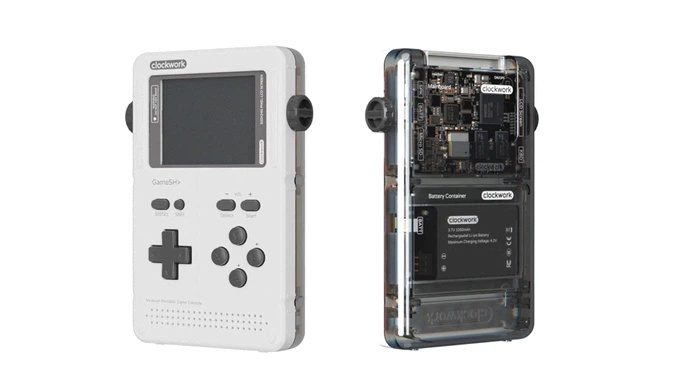 The GameShell consists of 5 modules plus a case that holds them together:

The Clockwork Pi acts as the brains of the system and features an Allwinner R16 quad-core ARM Cortex-A7 processor with Mali-400MP2 graphics and 512MB of RAM.

The system also has a microSD card slot (with support for up to 32GB of storage), a micro USB port, 802.11b/g/n WiFi, and Bluetooth 4.0 as well as development pins. 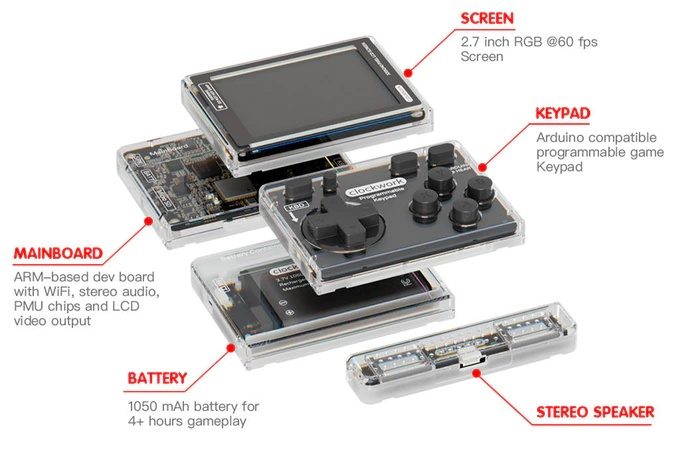 Clockwork plans to ship the device with two games pre-loaded, DOOM and Cave Story. But it should also be able to run Atari, GameBoy, GameBoy Advance, NES, and SNES titles, among others.

What sets the GameShell apart from other retro game consoles is its modular design, which could theoretically pave the way for future upgrades such as faster processors, higher-resolution displays, or other improvements. But right now there are no plans to offer any upgrades, and Clockwork will likely determine whether to offer future modules after seeing how successful the initial crowdfunding campaign is.

But the Clockwork Pi is basically a fully functional PC in its own right, and the keypad is an Arduino compatible, programmable accessory. So if you want to use the modules for something other than building a GameBoy-like console, you may be able to do that.

14 replies on “GameShell is a modular, DIY handheld game console (some assembly required)”