Amazon’s 3rd-gen Fire TV Cube has a faster processor, faster WiFi and other upgrades that make it the most powerful Amazon Fire TV device to date. First announced in September, the new Fire TV is now available in stores, and benchmarks suggest it’s one of the most powerful Android-powered media streamers around. 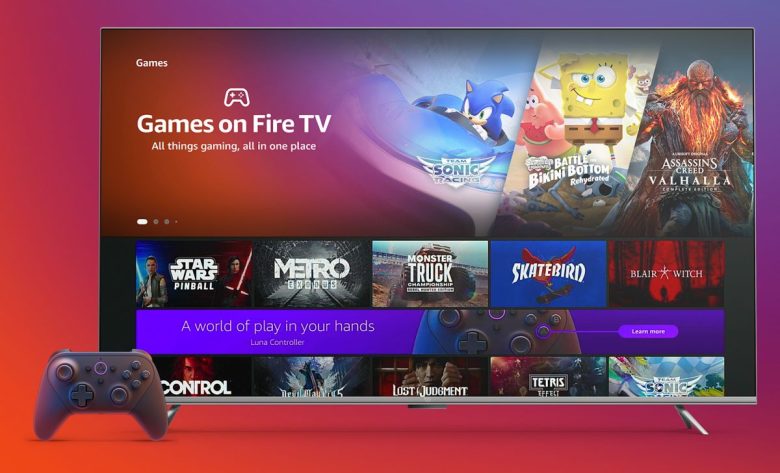 One thing you’ll find in the Games on Fire TV section are native games that you can download and install from the Amazon Appstore. And that’s where it may be useful to opt for Amazon’s new Fire TV Cube, which has about twice the graphics performance of the previous-gen model. But honestly if you’re looking for an Android-based TV box for playing native games, you’re probably better off with an NVIDIA Shield, which scores even higher in graphics benchmarks.

What’s more interesting is that Amazon is bringing game streaming to the forefront with integration with Amazon’s Luna game streaming service and the company’s Twitch live streaming service (which is still first and foremost a platform for watching gamers stream their sessions, although you can also find music, talk shows, and plenty of other live content).

Amazon Prime members can stream a selection of Luna games for free every month. Or you can subscribe to one of several channels with prices ranging from $5 to $18 per month for access to a library of games.

There are some down sides to streaming games over the internet: you may notice some lag, you need a fast internet connection, and nothing works when the internet goes out. Streaming does have some advantages though: you can play PC or console-quality games without dropping big bucks on a gaming PC.

In fact, you don’t need to drop $140 on the top-of-the-line Fire TV Cube for game streaming. You could make due with a more affordable device like the $55 Fire TV Stick 4K Max or $40 Fire TV Stick.

Games on Fire TV is compatible with “almost any Bluetooth game controller,” although Amazon does sell a dedicated Luna Controller for $70 (Unless you’re in a hurry, I’d recommend waiting for Black Friday pricing though, as this controller often goes on sale for well below list price). 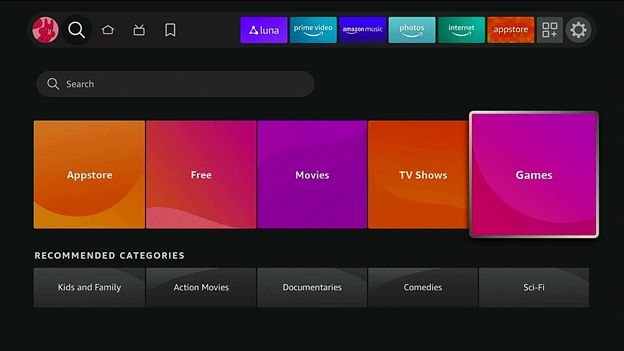