The upcoming GamePop video game console from BlueStacks isn’t just for Android games anymore. BlueStacks has announced that users will be able to play games developed for iOS too.

Of course, since all the games will be distributed through the GamePop user interface, you might not actually know (or care) if you’re playing an Android game or an iOS title. But the move could make it easier for BlueStacks to offer high quality games since the company can now work out deals with developers who’ve already created games for either platform. 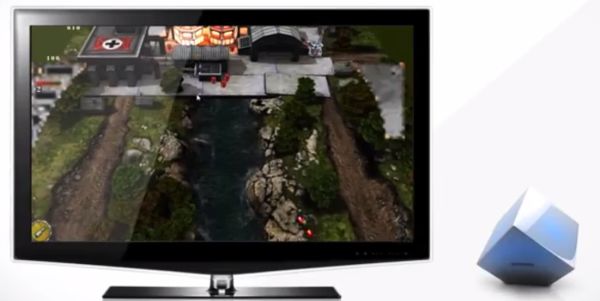 A couple of other companies including Ouya and PlayJam are also bringing inexpensive video game consoles that play Android games to market this year. But BlueStacks is the first company to offer support for Android and iOS titles.

That’s not the only thing that sets the GamePop system apart though. BlueStacks doesn’t plan to charge customers for individual game downloads. Instead users will be asked to pay a subscription fee of about $7 per month. In exchange, they’ll be able to play any of the games available from the GamePop store.

The all-you-can-eat buffet-style pricing makes GamePop a bit like a Netflix for games platform. But you won’t need an active internet connection to play — you download each title you want to play and it runs on your device instead of streaming over the internet.

BlueStacks tells 9to5Mac that it’s using APIs similar to those that let you run Android apps on a PC to let iOS apps run on the GamePop device with few modifications. Developers who want to enable support for in-app payments will have to switch from iTunes to Google or Amazon payments though.

Incidentally, this is the first time I’ve heard BlueStacks mention in-app payments for GamePop games. It sounds like that $7 per month subscription might not cover everything.

One of the first iOS game developers to support the GamePop is Subatomic Studios, developer of the popular Fieldrunners tower defense style games. Of course, Subatomic already offers and Android version of Fieldrunners, so I have no idea why they don’t just make that version of the app available to GamePop users.

The GamePop system is expected to ship later this year. If you pre-order by the end of June you can get the game console for free (as long as you pay a year’s worth of subscription fees). After that it’ll cost $129.

Of course, you might want to wait until we know more about the hardware and performance. The latest demo video shows a drawing of an oval with the word “contoller” on it for the gamepad, for instance.