The GamePop video game console from BlueStacks has been in development since 2013, and now TechCrunch reports it’s ready to ship. The system is designed to let you play Android games on your TV, but unlike the Ouya or Mad Catz M.O.J.O. which let you buy games one at a time, the GamePop system charges you $6.99 per month to play any of 500 available games.

It’s kind of a Netflix-for-Android-games-on-your-TV system. But it’s gone through a few changes since the GamePop was originally announced. 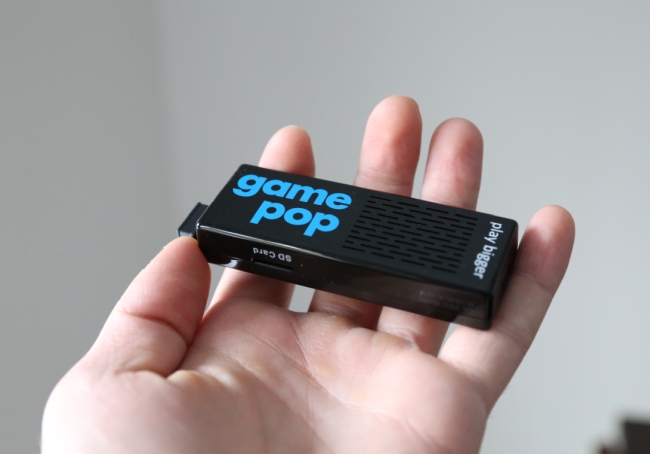 First up, the box doesn’t look like a triangle: it’s more like a big USB flash drive that plugs into your TV. The form factor shouldn’t be a surprise for anyone who’s kept an eye on the Android TV stick space — it looks a lot like the Tronsmart MK908, for example.

More importantly, according to TechCrunch, BlueStacks has change its business model a bit. Instead of selling the device directly to consumers, the company now plans to market GamePop to cable companies as a way to offer internet video and gaming services to customers.

Folks who already pre-ordered a GamePop system should receive their orders soon, no cable subscription needed. But moving forward, it looks like BlueStacks doesn’t plan to compete with Ouya for space on store shelves.

TechCrunch reviewed the new GamePop device and found that it has a TV-friendly user interface and handles some games pretty well — but the mechanism for interacting with games designed for touchscreens isn’t really good enough to play games that were never meant for TV-and-controller input. 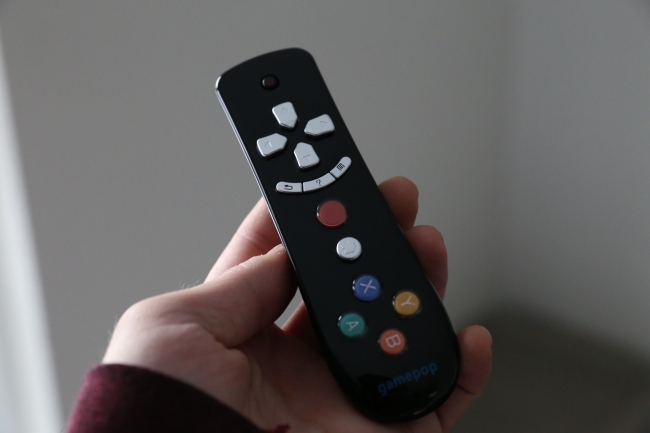