You’ve been able to play GameBoy games on a smartwatch for years, thanks to emulators for Google’s Android Wear platform. But now a developer has released an emulator that runs on Samsung’s Gear S2 and Gear S3 smartwatches, which have an operating system based on Tizen Linux.

The GemBoy emulator makes use of the rotating bezel on Samsung’s watches, and it an handle both GameBoy and GameBoy Color titles. 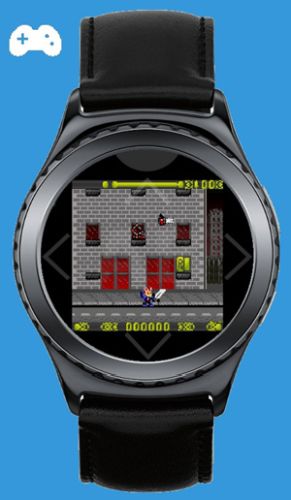 Keep in mind, Samsung’s watches have tiny, round displays which aren’t exactly what the original games were designed to run on — so games actually run on an even smaller square in the center of the display.

But the emulator does make use of the empty space to the sides of the screen by letting you tap direction arrows to the left, right, top or bottom. You can also use the rotating bezel on watch to load ROMs or navigate through the app’s other menu options.

Is this the best way to play classic GameBoy games? Probably not. But it’s still pretty nifty to know you can play some old games on a tiny screen on your wrist.

The GemBoy app should be available from the Samsung Gear app store.

via Tizen Experts and xda-developers