Samsung equipped the Galaxy S7 with a flat (albeit beautiful) display. You could opt for the Edge if you were looking for something  a little less traditional. With the arrival of the Galaxy S8, Samsung’s curved display went mainstream. 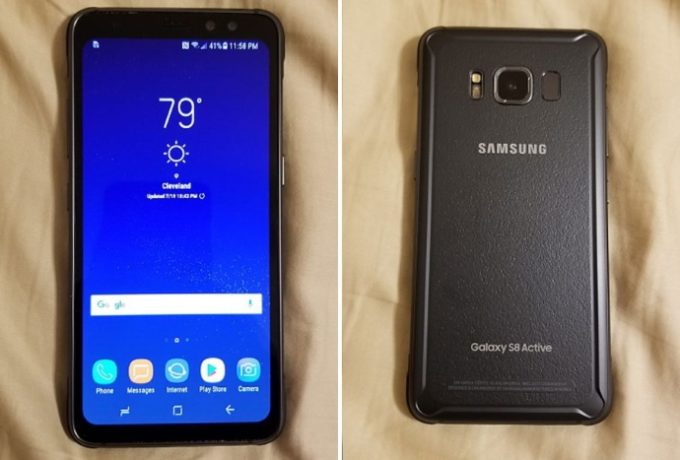 The S8 Active, on the other hand, isn’t quite ready to make that jump. If the device shown off recently by a Bay-area employee is the real deal, Samsung is going to stick with a flat screen for their next ruggedized Galaxy S8.

Here’s what else this week’s leak revealed. In the US, the S8 Active will remain an AT&T exclusive. It’ll be powered by a Qualcomm Snapdragon 835 processor that’s paired with 4GB of RAM. 64GB of storage comes built-in and there’s a micro SD slot for expansion.

Like the Galaxy S8, the S8 Active will feature a 12MP rear-facing camera and an 8MP shooter on the front. Power will be supplied by a generous 4000mAh battery. While the device that was leaked was running Android 7.0, it’s believed that the S8 Active will be bumped to Android O soon after it becomes available.

One other software change is that Samsung has also swapped the Active button for one that invokes their digital assistant, Bixby. And although the phone is still MIL-STD-810G compliant Samsung has also decided to forego Aqua Mode, which is fine since you might have wound up with a very expensive paperweight if you used your Galaxy Active underwater anyway.