Singapore-based Gajah International is showing off an early prototype of an upcoming tablet designed for children. It features a 7 inch display and Android 4.0 software.

But what makes the tablet stand out are the kid-friendly features including a thick, rugged case and a simplified user interface with colorful wallpapers and large easy-to use icons. 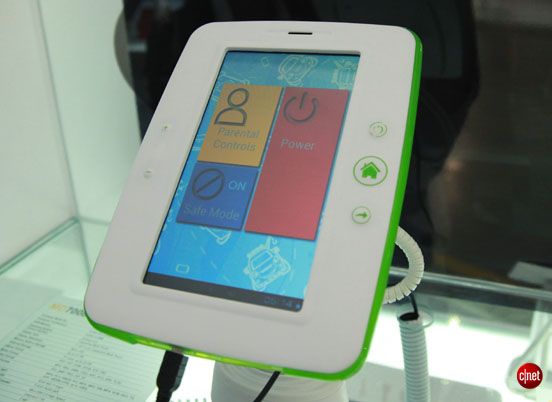 While Android 4.0 is pretty easy to use, some of the menus and settings might be a bit complext for very young children — and I get the feeling this sort of tablet is aimed at the toddler set. Anyone over the age of 8 would probably complain that they’d been given a toy that doesn’t compare with their parents’ iPad or higher-end Android tablet.

CNET spotted the Gajah kid-friendly tablet at Computex this week, and reports that it’s powered by a 1 GHz single core CPU and 512MB of RAM. THe tablet will be available with up to 32GB of storage.

Gajah probably won’t offer the tablet under its own brand name anytime soon is seeking partners to rebrand and sell the design internationally.