Measuring just about 3.9″ x 2.8″, the new Gigabyte GA-PICO3350 motherboard is just a little larger than a Raspberry Pi Model B (3.4″ x 2.2″). But while the Raspberry Pi features an ARM-based processor and embedded memory, Gigabyte’s tiny board has a DDR3L SODIMM slot for laptop-type memory plus an mSATA/mini PCIe slot for storage.

That said, while you could theoretically use Gigabyte’s tiny new Pico ITX board for just about any computing task, its embedded 6 watt Intel Celeron N3350 dual-core “Apollo Lake” processor isn’t exactly a speed demon.

So I suspect this is the type of board that will appeal more to IoT developers than to home users. Still, it’s kind of nifty… mostly because it’s just so small. 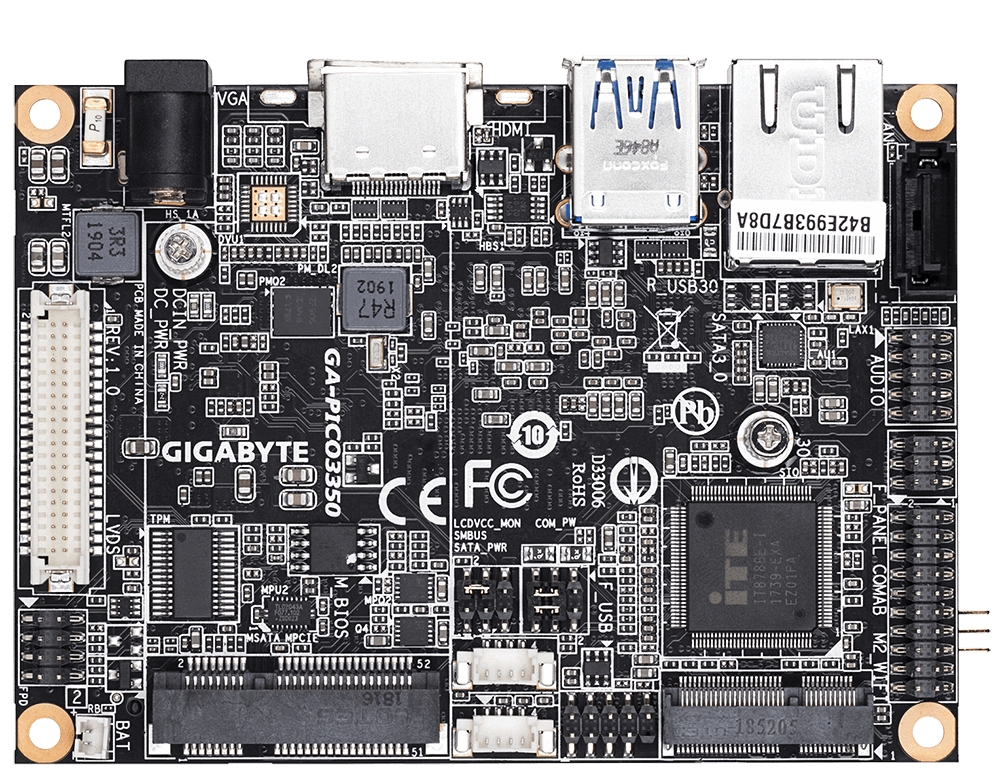 In addition to the specs listed above, the board has the following features:

There’s no word on the price for the GA-PICO3350, but the similarly-=sized MSI MS-98I6 sells for around $300 — although that model supports faster memory and features dual display outputs and dual Ethernet jacks, among other differences.

MSI’s pico-ITX board is also slightly larger, at 101mm x 73mm compared to 100mm x 72mm for the Gigabyte model.

via FanlessTech and Game It