The F(x)tec Pro1-X is a smartphone with mid-range specs that manages to stand out in a market that’s probably oversaturated thanks to a few distinctive features. It’s one of the only modern smartphones with a slide-out keyboard for thumb typing on physical keys. And it’s designed to support multiple operating systems including Android 11, Ubuntu Touch, and the Android-based LineageOS.

First introduced in 2020 when the Pro1-X went up for pre-order through a crowdfunding campaign, the first batch of phones is now shipping after a series of delays and spec changes. 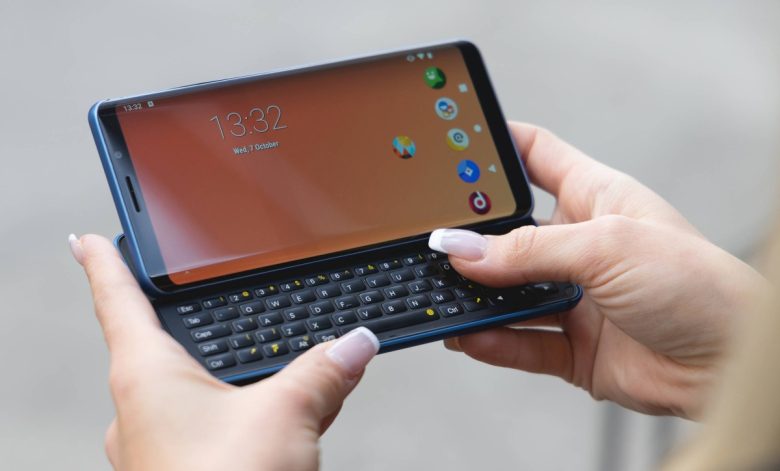 While F(x)tec had originally planned to use a Qualcomm Snapdragon 835 processor in the phone, the company changed course and switched to a Snapdragon 662 chip after Qualcomm discontinued the 835. That change, combined with global supply chain shortages led to a pretty substantial delay.

But mass production finally began this month and now F(x)tech says the first batch of units are on their way to backers of the crowdfunding campaign, with a second batch scheduled to ship in August, 2022.

The phone has a 5.99 inch, 2160 x 1080 pixel AMOLED display with curved glass edges and Corning Gorilla Glass 3 for scratch resistance. Other features include up to 8GB of RAM, up to 256GB of storage, a 3,200 mAh battery, a microSD card reader with support for removable cards up to 2TB, 12MP + 5MP rear cameras and an 8MP front-facing camera, a side-mounted fingerprint sensor, a 3.5mm headphone jack, and a USB Type-C port with support for USB power delivery and HDMI video output.

The slide-out keyboard features 64 backlit keys arranged in 5 rows and a mechanism that tilts the screen when the keyboard is extended, making the F(x)tec Pro1-X look a bit like a tiny laptop while you’re typing.

Physical keys allow you to enter text, control games, or interact with apps without an on-screen keyboard covering part of the display. And some folks swear that they can type faster when they can feel the keys and don’t need to look at the screen, but over the years I’ve often found that I type faster on a virtual keyboard than a physical thumb keyboard… although I’m much faster on a physical keyboard large enough for touch-typing. 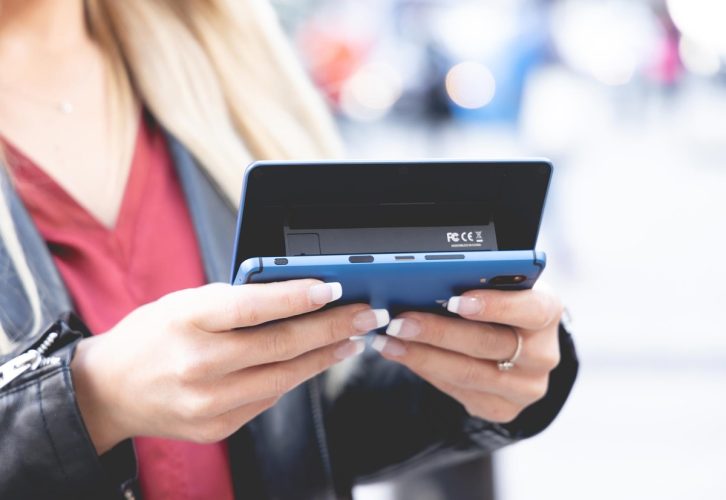 If you didn’t get a chance to back the F(x)tec Pro1-X crowdfunding campaign, you can still pre-order an 8GB/256GB model from Indiegogo for $849, but that’s a substantial markup over the crowdfunding pricing which ranged from $499 to $719 depending when you ordered.

While the Pro1-X had a rocky road to market, it’s not the first phone from F(x)tec. The company introduced the original Pro1 phone with a slide-out keyboard in early 2019 and began shipping that model later the same year.