The F(x)tec Pro1 is one of the only modern smartphone to feature a physical keyboard. Soon it will also be one of the phones available with a choice of the Android-based LineageOS or Linux-based Ubuntu Touch operating systems.

The makers of the phone have launched an Indiegogo crowdfunding campaign for the F(x)tec Pro1-X, a slightly updated version of the phone that has the same basic design but a blue case, an optional spec bump (more memory and storage), and new OS options.

Prices start at $499 for Super Early Bird backers of the campaign, but once those are gone you’ll have to spend $649 or more to reserve a phone that won’t ship until March, 2021 at the earliest. 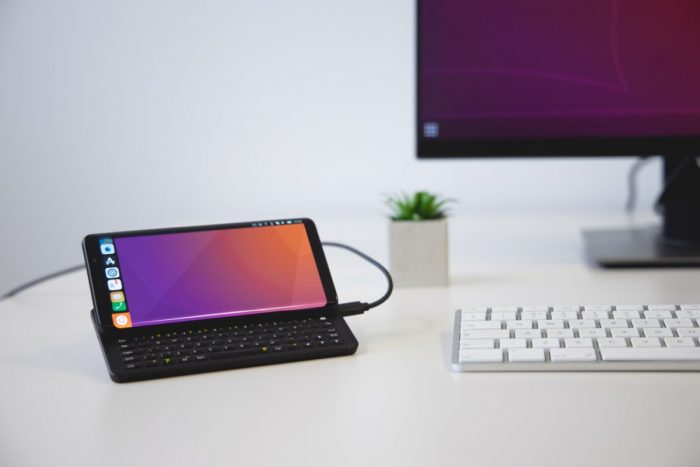 For the most part, this is physically the same phone as the original F(x)tec Pro1. If you’re a fan of physical keyboards, that’s probably a good thing – the phone has the same 66-key, 5-row keyboard as the original.

But if you’re a fan of the latest, speediest hardware it’s worth noting that the new phone has the same Qualcomm Snapdragon 835 processor as the original… a chip that was released almost four years ago.

Here are some other key specs for the F(x)tec Pro1-X:

While the original F(x)tec Pro1 shipped with a custom version of Android featuring a launcher optimized for either portrait or landscape orientation, the company says it partnered with xda-developers on the new version to offer LineageOS or Ubuntu Touch.

LineageOS is a custom version of Android based on Android Open Source Project Code, while Ubuntu Touch is a Linux distribution optimized for smartphones that’s been developed by the folks at UBPorts in the years since Ubuntu-maker Canonical abandoned the project.

While the primary focus is to offer a version of Ubuntu that can run on smartphones, tablets, and other small touchscreen devices, there’s also support for convergence – meaning you can plug in an external monitor and use the phone like a tiny desktop computer. You can even use the phone’s screen as a trackpad when a monitor or TV is connected.