The FXI Cotton Candy is a tiny computer with an ARM Cortex-A9 processor, Mali 400 graphics, and Android 4.0 software. It’s been in development for almost a year, and last week FXI started shipping the little PC-on-a-stick to customers that had pre-ordered.

Now the Cotton Candy store is officially open to the public, and anyone who wants to spend $199 on the little computer can pick one up.

FXI cautions that the software is still a beta release meant for developers. Right now there’s no access to the Google Play Store, power management isn’t implemented, and video playback only works for certain video formats.

Future software updates will fix some of those issues, but if you’re looking for a fully functional USB flash drive-sized Android computer, there are better (and cheaper) options available right now, including the UG802 or G-Box Dyno.

But the Cotton Candy has a few features that those devices lack. First, it’s aimed at developers, and FXI offers an optional debug board accessory for $69. Second, the Cotton Candy includes software that lets you plug the stick into a Windows, Mac, or Linux computer to apps in an Android environment on your PC. 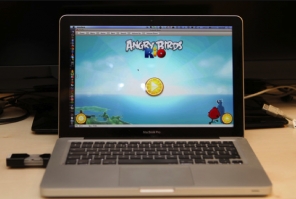 So you can use the Cotton Candy as a standalone device by connecting a keyboard, mouse, and television. But you can also use it as a portable operating system on a stick that you can plug into nearly any computer.

In addition to the Google Android build for the Cotton Candy, the device should be able to run Ubuntu or other Linux-based operating systems once they’re ported to run on the hardware.