There was a time when government regulators took action against Microsoft for bundling its Internet Explorer web browser with Windows, giving the browser an unfair advantage over the competition.

These days Microsoft has a hard time convincing users to use its web browser to do anything more than download Firefox or Chrome.

So after switching building a new browser from the ground up for Windows 10 and still failing to gain traction for its new Edge browser with the EdgeHTML rendering engine, Microsoft is trying something new. The company will continue to offer a web browser called Edge. But in the future it will be based on Google’s open source Chromium project. 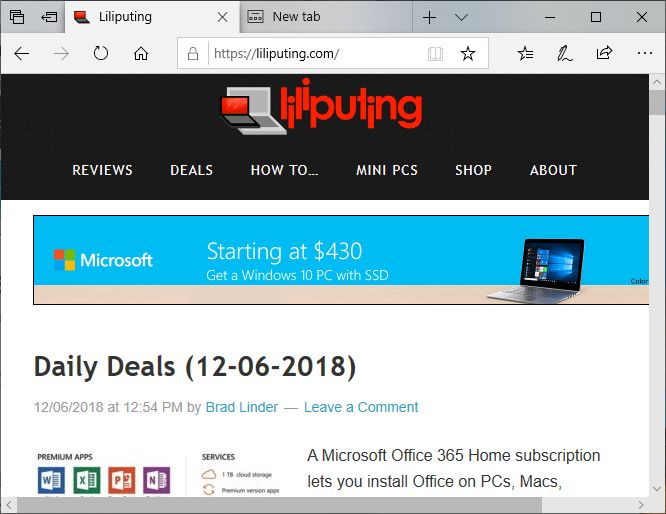 The announcement comes a few days after a report started making the rounds suggesting that Microsoft would give up on EdgeHTML. But now that Microsoft has confirmed the news, here’s what we know:

Another interesting thing is that Microsoft says it plans to use its expertise to ensure that legacy websites that currently only support Internet Explorer should work in Chromium-based versions of Edge. If the code that makes that possible goes upstream, that could allow you to access those sites using Chrome and other browsers as well.

Does this mean Edge is about to turn into a Chrome clone? Probably not. While the rendering engine and core code will be based on Google’s open source browser project, it’s likely Microsoft will continue to build a unique user interface and feature set on top of Chromium.

For example, Edge currently has built-in support for eBooks and PDF files, a simplified reading mode, an offline dictionary, and many other features. It’s likely that some or all of them will be available in the new Chromium-based version.

The move to Chromium is good news for web developers and users in a lot of ways, since it means another major browser will support existing web standards. Folks who value more competition may be unimpressed though — Opera already gave up development of its Presto rendering engine, which means that there are only really a few choices now: Gecko (Firefox), WebKit (Safari), and Blink (a fork of WebKit used by Chromium).

Microsoft says a preview version of its new Chromium-based Edge web browser should be available in early 2019.