If you have a laptop or smartphone with a non-removable battery, you’ll probably notice that battery life degrades over time. After a few years of constantly recharging the battery, it holds less capacity, which may be a key reason you decide to buy a new laptop or phone every few years.

But researches at the University of California Irvine, Irvine have come up with new technology that could lead to batteries that can be recharged over 100,000 times… which means that they could have lifespans measured in decades rather than years. 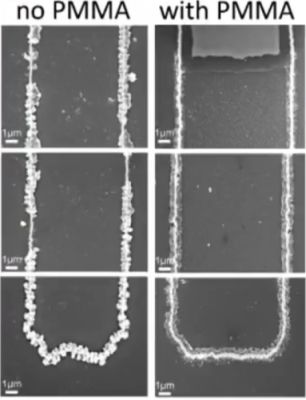 A paper published in the American Chemical Society’s Energy Letters explains by coating a gold nanowire in a manganese dioxide shell and putting it into a Plexiglas-like gel, the highly conductive nanowires can hold their shape while discharged and recharged up to 200,000 times.

The researchers say that typically nanowires fail after about 7,000 charge cycles. A typical Lithium-Ion battery, by comparison, has a lifespan that’s typically measured in hundreds of cycles.

It’ll probably be a while before we see this technology used in batteries for phones, tablets, laptops, cars, or other commercial or industrial applications. The researchers still aren’t sure why coating the nanowires in this way prolongs their lifespan.

via Slashdot and UCI