Google may be developing a way to send out Android system updates the same way it delivers app updates — through the Play Store.

The folks at 9to5Google were examining the latest version of the Play Store app and they found a bunch of mentions of a system update component.

It’s not ready for prime time yet, and it’s unclear if or when it’ll ever see the light of day or if it will be available to all Android phones, or just a subset (like Google Pixel devices, or maybe Android One phones). But it sure looks like Google is at least considering rolling out system updates through the Play Store.

Update 4/16/2019: It looks like Google is starting to test this with some Android Q beta testers. 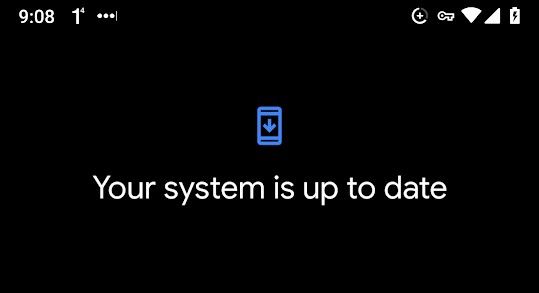 There are no pictures of the new Google Play system update feature included in the Play Store APK, but there are some lines of text suggesting it’ll work a lot like the current System Update feature on Google Pixel phones, first offering a “Download & Install” option, followed by “Preparing…” then “Installing… Device will restart soon” and finally “All good! Update complete.”

While it’s not hard to imagine Google simply using the Play Store to initiate updates for its own devices, what’s less clear is whether this would have any impact on the millions of Android phones from third-party device makers, many of which have a lousy track record for releasing timely security or feature updates.

Google’s Project Treble technology theoretically makes it easier for device makers to roll out OS updates by allowing them to separate their custom user interfaces and other features from the core operating system. Allowing those companies to roll out OS updates the same way they would issue app updates could help simplify the process, thus increasing the chances you’ll be able to keep your phone up to date.

It’s also theoretically possible that Google could use Project Treble + the Play Store to roll out OS updates without going through phone makers themselves… but I’m not going to hold my breath on that possibility. li