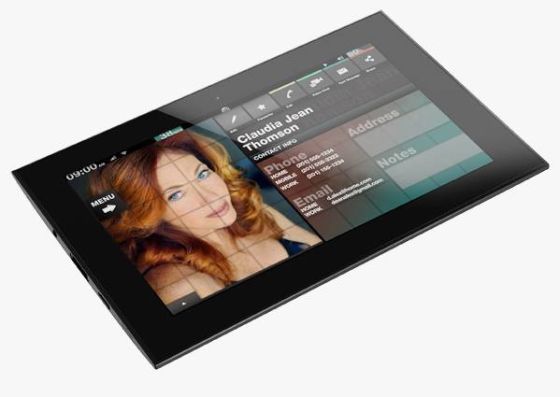 Fusion Garage doesn’t have a great track record of delivering high quality products. Last year the company generated a lot of headlines with its JooJoo tablet (which started out its life as the CrunchPad before the company parted ways with TechCrunch founder Mike Arrington). When the tablet finally hit the market it was widely panned by reviewers.

So this summer the company arranged a publicity stunt before launching its new Grid10 tablet. Fusion Garage created a fake company called TabCo, ran a marketing campaign for a new TabCo product, and then pulled back the veil to announce a new 10 inch tablet with a modified version of Android called GridOS. The idea was to launch a new product without some of the stigma attached to the ill-fated JooJoo.

Fusion Garage appears to have shipped at least a few tablets to customers — and even offered free Grid10 tablets to folks that bought the JooJoo to make up for its sluggish performance and barely usable operating system.

But it looks like the Grid10 may really be the next JooJoo after all.

The Fusion Garage website is now offline. The company hasn’t posted a thing on Twitter for a week, and the Fusion Garage Facebook page has been a ghost town for the last month. A number of customers have also complained on Facebook and in user forums that they placed orders well over a month ago and have yet to receive a tablet.

None of those things would be that bad on their own. But officials with the PR firm that represents Fusion Garage has told both Engadget and The Verge that they haven’t heard anything from the company in weeks either. They’re planning to stop working with Fusion Garage starting tomorrow.

Even if Fusion Garage founder Chandra Rathakrishnan visits the home of every dissatisfied customer personally to apologize at this point, it’s hard to overcome this sort of a PR disaster.

The tablet market is also a pretty difficult space to compete in these days. When the company introduced the Grid 10 the goal was to sell it for $499. But the price fell to $299 before launch in order to stay competitive at a time when other device makers were rapidly dropping tablet prices.

Now the Grid 10 isn’t just competing against tablets from computer makers including Apple, Acer, Asus, and Lenovo, but also from Amazon, a company that shook up the market recently by introducing the $199 Kindle Fire this fall. The Grid10 certainly has higher performance hardware than the Amazon Kindle Fire, but with Amazon pushing down the base price for consumer tablets, it’s becoming even harder for a  relatively unknown company like Fusion Garage to grab a piece of the pie.

5 replies on “Fusion Garage hits more speedbumps, Grid10 tablet may be as dead as the JooJoo”