You probably know that Amazon’s Fire tablet run a modified version of Google Android called Fire OS. People have been hacking Amazon tablets for years to make them more… Android-like, by sideloading apps, installing the Play Store, or even replacing Fire OS with custom ROMs.

But did you know that Amazon’s Echo line of smart speakers also run Android?

The Amazon Echo Dot, for instance, has a MediaTek MT8163 processor and runs a modified version of Android 5.1.

And it’s highly likely that the new Amazon Echo Show with a touchscreen display will also run a version of Android… which could make it an attractive target for hackers looking to modify the device’s functionality. 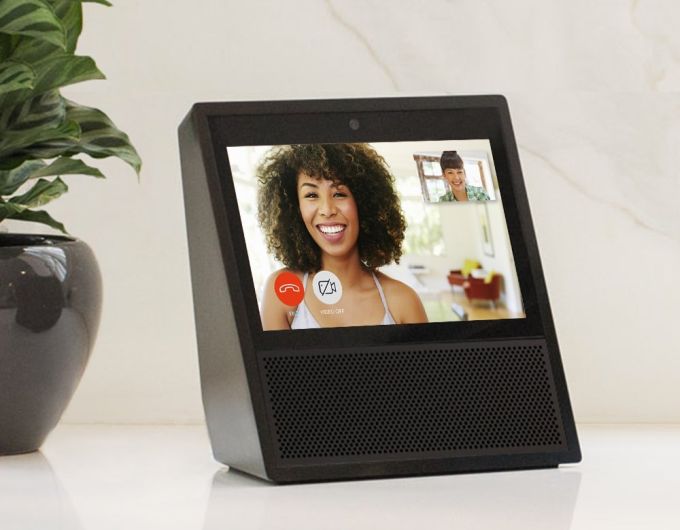 While Amazon is positioning the Echo Show as a voice-controlled device that will only run third-party apps in the form of “Alexa Skills,” the user interface shown in Amazon’s demo photos and videos is very reminiscent of the Alexa app for Fire tablets.

So it’s possible that the Echo Show isn’t just running Android. It may be running Fire OS.

I’d be surprised if Amazon make sit easy to sideload Android APKs out of the box. But if independent developers can root the device or find another way to check Android’s “unknown sources” option, it could be possible to use the Echo Show as a sort of Android tablet by sideloading music and video apps, web browsers, games, or just about anything else.

Of course, the Echo Show is a lot less portable than a typical tablet, but it does have a better speaker and a more robust microphone system. So things would get really interesting if developers try to port Google Assistant or other Google Home-specific apps… or to developer their own smart home software designed to work with Amazon’s hardware.

This is mostly hypothetical for now. But the developer activity surrounding some of Amazon’s other Fire OS devices, I wouldn’t be surprised to see someone at least try to hack the Echo Show.