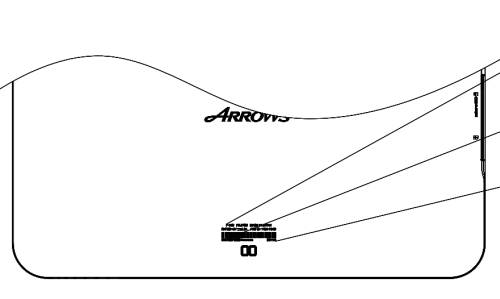 The Fujitsu Arrows Tab F-01D is a 10 inch Android tablet with a 1 GHz TI OMAP4430 dual core processor and a 1280 x 800 pixel display. It runs Google Android 3.2 Honeycomb, has 1GB of RAM and 16GB of storage. But those aren’t the features which make this tablet special.

It’s also designed to be waterproof thanks to a rugged case design.

While computer makers have been putting out rugged Windows and Windows CE tablets for decades, they’re usually aimed at niche markets such as industrial or medical clients. The Fujitsu Arrows Tab has all the makings of a consumer tablet, with a 10.3″ x 7.1″ x 0.5″ case that weighs just 1.3 pounds.

I wouldn’t expect this tablet to come cheap, and if you’d asked me a few days ago I would have said I also didn’t expect it to come to the US. Fujitsu has only announced that the tablet will go on sale in Japan. But today the Arrows Tab made an appearance at the FCC website, which is a prerequisite for launching any product with wireless capabilities in the US.

That doesn’t necessarily mean the tablet will go on sale in the States. Companies often submit devices early just in case they later decide to bring those products to market in the US. But this is at least an indication that we could see the waterproof tablet in the Western Hemisphere at some point.