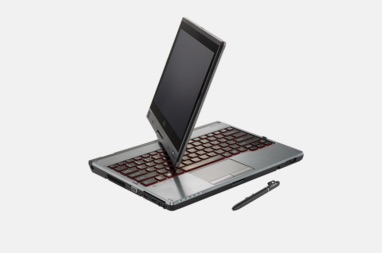 It includes full sized HDMI and VGA video outputs, as well as three USB ports. The lightweight device weighs in at 3.66 lbs. and Fujitsu says it supports up to 14 hours of battery life. 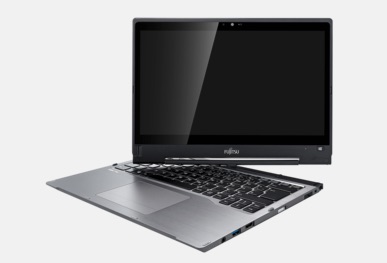 The 13.3-inch bi-directional rotating display features an IGZO WQHD 2560 x 1440 pixel resolution screen with touch or pen compatibility. It sports Windows 7 Professional 64-bit, Windows 8.1 64 bit, or Windows 8.1 Pro 64-bit with an Intel Core processor and up to 8GB of RAM and Fujitsu says it should get up to 11 hours of battery life. 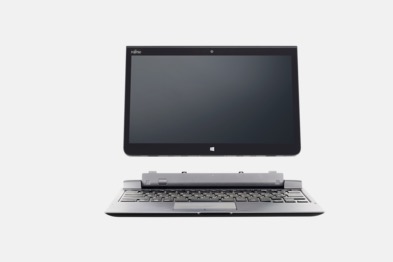 Lastly, the Fujitsu Stylistic’s 13.3-inch full HD anti-glare display features touch and pen support. This  device can be equipped with PalmVein and PalmSecure technology, which is similar to a fingerprint reader, but identifies the user’s veins.

Just like the other two, this device comes with Windows 7 Professional 64-bit, Windows 8.1 64 bit, or Windows 8.1 Pro 64-bit. It also sports an Intel Core processor and up to 8GB of RAM and Fujitsu says it’ll get up to 10 hours of battery life.

The included front-facing camera has 2MP, while the rear camera has 5MP with autofocus and photo LED. It also features a built-in array microphone and two built-in stereo speakers. It supports Wi-Fi and Bluetooth 4.0 with the option to embed 4G/LTE or 3G/UMTS support.

Fujitsu unveiled all three new devices in Japan and they may make their way to the US and Europe later this year. Don’t expect to find them for rock-bottom prices, though. Fujitsu tends to sell their products at a premium price.