Fujitsu’s latest ultrabook is a convertible notebook that can also function as a tablet. The Fujitsu Lifebook TH90/P features a 13.3 inch high-resolution display that you can rotate and fold down over the keyboard, support for finger or digital pen input, and an Intel Haswell processor.

It’s expected to hit the streets in Japan February 21st. 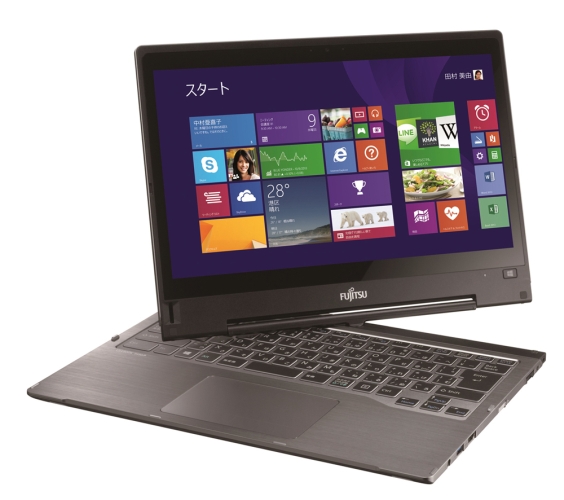 The Lifebook TH90/P is expected to sell for around $2000 in Japan, but Fujitsu laptops don’t tend to come cheap — and notebooks are generally more expensive in Japan than in the US.

Despite the high price, the Fujitsu convertible has a few things going for it including a 2560 x 1440 pixel IGZO display, an Intel Core i5-4200U Haswell processor, 8GB of RAM, a 500GB hybrid hard drive, and up to 12.5 hours of battery life.

The computer is designed to work with a stylus and supports 1024 levels of pressure sensitivity.

The Fujitsu Lifebook TH90/P feautres an aluminum case, measures, 0.76 inches thick, and weighs about 3.5 pounds. Fujitsu calls it a 4-mode device since you can use it as a tablet, PC, or fold the screen so it faces away from the computer in “theater position.”

If you only counted 3 modes, that’s because the fourth is kind of goofy. Fujitsu includes “variable position” as one of the modes. That’s what the computer looks like when you’re in the process of twisting the screen so that it doesn’t face the keyboard. It’s not a particularly useful mode.