It was just a few weeks ago that the developers of the Fuduntu Linux operating system announced plans to cease development and move on to other things by the end of the year. Now the team has moved up the schedule, and Fuduntu is effectively dead.

Much of the team behind the operating system has moved onto a new project called FuSE.

Update: The new project has been renamed. Instead of FuSE, it’ll be called Cloverleaf Linux.

But if you’re currently using Fuduntu, don’t expect any more software or security updates. If you want to continue using the operating system indefinitely, the Fuduntu team plans to offer  one last update that will let you disable access to the stable repository so that you don’t constantly get notifications letting you know that your apps are out of date. 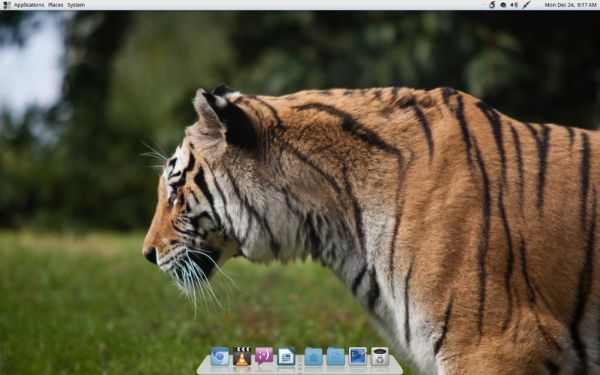 Fuduntu is based on Fedora Linux and features the GNOME 2 desktop environment. It’s gained a bit of a reputation for offering a stable, easy-to-use Linux environment for folks that aren’t enamored with more recent software such as GNOME 3 or KDE.

The developers have also done some nifty things in the past year, such as adding support for Steam gaming and Netflix video playback.

But GNOME 2 isn’t as well supported as it once was, and it’s apparently more work than it’s worth to continue trying to keep everything running smoothly on a platform that uses it.

Since announcing plans to shut down later this year, the Fuduntu team saw a mass exodus and there are now reportedly fewer than 2500 active users. So this weekend the team decided to pull the plug early.

Team member Lee Ward reports that the successor to Fuduntu will likely be called FuSE Linux. It’ll be based on OpenSUSE instead of Fedora.

The name isn’t set in stone yet (which is a good thing, since searching for “Fuse Linux” brings you to a project for the FUSE filesystem, and will probably continue to do so for a long time). But the goal is to offer a Fuduntu-like experience by developing a powerful but easy to use operating system.