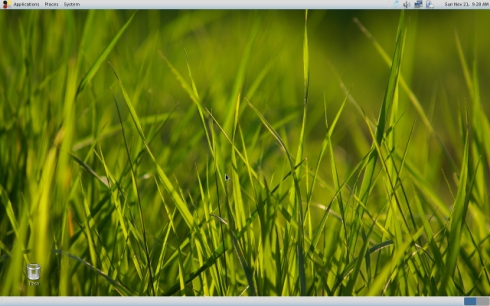 Earlier this month the folks behind the Fedora Linux distribution released Fedora 14 with a number of new features including MeeGo technology to improve performance on netbooks and other devices with low power processors and small screens. But Fewt, the guy behind the Jupiter power management applet for Linux netbooks, decided to go a bit further in optimizing Fedora to run on a netbook.

He’s called the remixed Linux distribution Fuduntu, and it features some desktop environment tweaks, optimizations of the tmp and log directories by moving them to a RAM disk, and adjusted swappiness. These tweaks should help improve performance on Eee PC netbooks with slow SSDs and small screens, although the OS should run at least as well on more powerful machines including larger notebooks and desktops.

Fuduntu also loses some of the default apps that come with Fedora 14 including Empathy, Transmission, GNOME games, and Dialup, while adding OpenOffice.org, GIMP, Pidgin, and others. Of course, the Jupiter power management utility is also included.