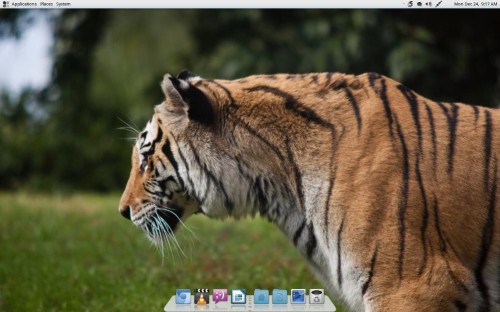 Fuduntu 2013.1 is now available for download, and there are plenty of reasons to take it for a spin. Along with a lengthy list of improvements a bug fixes, there a few key features that make the latest version of Fuduntu an interesting option for both existing and prospective Linux users.

The distro’s sleek interface is built around Gnome 2 (which is maintained in-house) and Cairo Dock, the familiar Mac-like tray at the bottom of the screen. Chromium 23 (with DuckDuckGo set as the default search engine) is available for web browsing duties, while VLC handles media playback. LibreOffice will help you produce top-quality documents, spreadsheets, and presentations, and GIMP lends its photo editing capabilities. Adobe Flash and MP3 playback support are also included by default.

Fuduntu 2013.1 also does its best to make sure users won’t succumb to Windows envy. WINE is installed by default, though it’s not just the ability to install and run compatible Windows apps that’s worth noting. WINE also allows Fuduntu to offer Netflix Desktop — thanks to a new patch that allows Silverlight to run. If you wanted to make the Linux switch but weren’t ready to give up Netflix streaming, you don’t have to with Fuduntu 2013.1.

You don’t have to give up desktop gaming, either. The Fuduntu 2013.1 repositories also serve up the Steam Client. Installing both apps is as simple as tapping in a yum install command in a terminal session. Need proprietary drivers for your high-end video card? No problem. Just let Jockey walk you through the process. VirtualBox is also just an install command away, should you absolutely have to fire up a Windows OS on your system once Fuduntu is installed.