So you thought Toshiba’s 13 inch Android tablet was big? In Japan you can pick up a Frontier FT103 Android device with a 21.5 inch multitouch display.

Some folks are calling the FT103 an enormous Android tablet. But it’s probably best to think of it as an all-in-one PC that just happens to have an ARM-based processor and Android operating system instead of an x86 chip and Windows or OS X.

It also has an HDMI input port, which means you can use the FT103 as a display for a separate computer — which is probably why some of the marketing materials refer to it as a “Smart Display.” 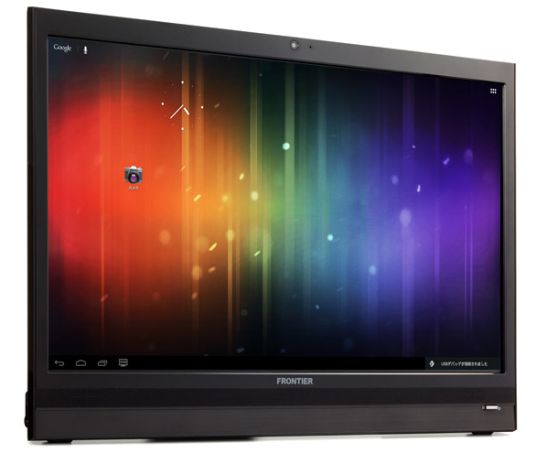 The smart display runs Google Android 4.0, and features WiFi and Bluetooth, and has a 1.2MP webcam, 2 USB ports, and a microSDHC card slot.