Freescale has launched a new line of low-power processors that the company says use as little as a third as much power as their predecessors.

The company is positioning the new Freescale i.MX 7 line of processors as chips for wearable computers, Internet-of-Things devices, and other products where efficiency is at least as important as performance. 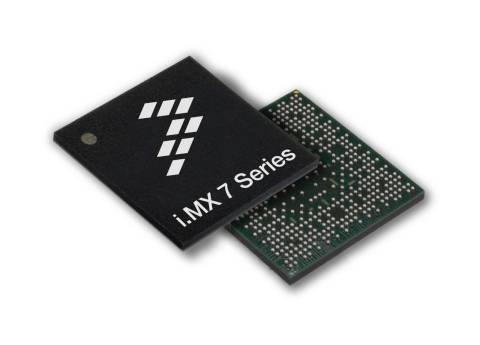 The first of the new chips are the Freescale i.MX 7Solo and i.MX7Dual, which are single and dual-core chips, respectively. Both features ARM Cortex-A7 processor cores that can operate at speeds up to 1 GHz as well as a lower-power ARM Cortex-M4 core clocked at speeds up to 266 MHz.

Freescale says the chips feature a new Low Power State Retention mode that lets them consume as little as 250 μW while in standby.

The company first announced plans for its i.MX7 chips almost two years ago. But they’re finally available for sampling now and mass production is expected to begin in November, 2015.

Underwhelmed by the introduction of an ARM Cortex-A7 chip in 2015? Freescale is also introducing new quad-core and octa-core QorlQ chips based on ARM Cortex-A53 designed as well as plans to integrated Cortex-A72 technology. But those processors are all aimed at networking hardware rather than consumer devices.