Wearable devices such as fitness trackers, smart watches, and funky glasses are hot stuff at the Consumer Electronics Show this year. Whether they’ll be as omnipresent as tablets in the future, or as unpopular as past CES darling like 3D TV remains to be seen. But plenty of companies are introducing and showcasing wearables.

Chip maker Freescale and its partners want to make things easy for those companies — and the company has rolled out a reference design for wearable devices.

The WaRP platform supports fitness, health, and entertainment applications, and it’s designed to support a ide range of devices. 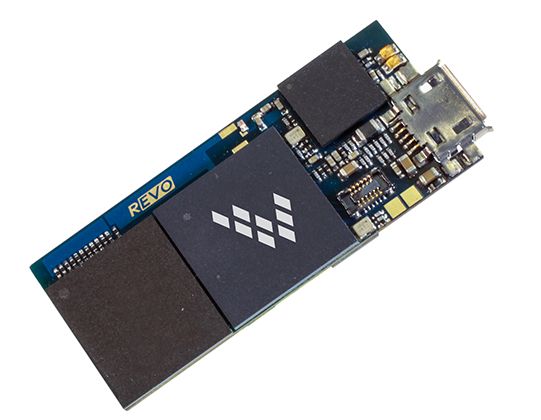 Freescale developed the platform with Kynetics and Revolution Robotics, and the companies describe the WaRP platform as a scalable system that isn’t limited to a single device or category (such as fitness or watches).

Right now the platform consists of a developer kit featuring a developer board, daughter card, and LCD display.

The board is called a WaRPboard, and it features a 1 GHz Freescale i.MX 6SoloLite ARM Cortex-A9 single core processor, a pedometer, acceleromerter, compass, and other sensors as well as a Kinetis microcontroller. It supports Android software, offers support for devices with long battery life, and features wireless charging technology.

Freescale says the reference platform will be available for purchase starting in the second quarter of 2014.