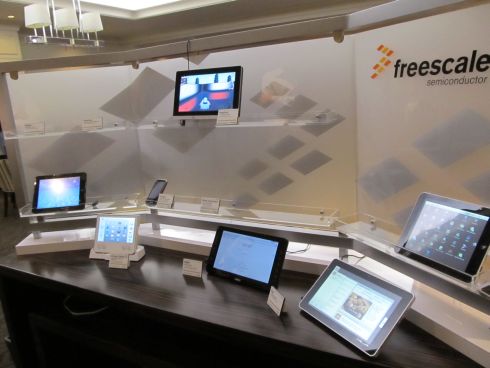 Freescale Semiconductors recently announced plans to bring dual and quad-core ARM-based chips to market, but we won’t actually start seeing devices built around those chips until much later this year. In the meantime, the company is showing off a number of tablets and other computing devices that have been developed recently using the company’s low power, single core ARM Cortex-A8 and ARM11 chips.

Those products range from the recently launched HP eStation printer with a detachable Android tablet to an Acer monitor with its own processor and software for viewing multimedia content without turning on a computer. And tablet. Lots and lots of tablets.

Most of the tablets featuring Freescale processors have been released overseas. These tend to be low power, low cost solutions like the infamous APad, which is trying pretty hard to look like an iPad (or rather, like an iPhone), but which runs Google Android. 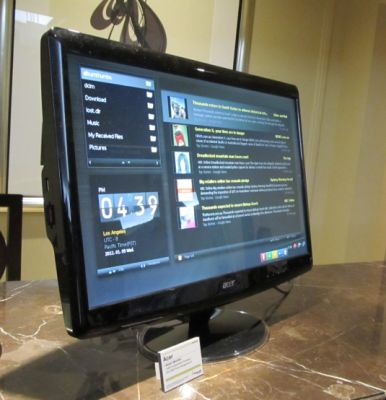 A number of the products Freescale showed me are from OEMs such as Pegratron or UMEC. It’s possibly we could see brand name devices based on these platforms in the future. I thought the UMEC 7 and 10 inch models were particularly interesting, as they had a series of buttons on the sides for volume and channel control, suggesting that these tablets could serve as TV remote controls as well as mobile devices for surfing the web. 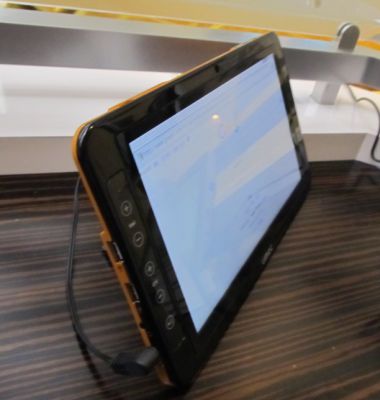 Other tablets on display included one from European telecom Orange, which featured a custom Linux user interface, and a tablet designed to be a controller for a home automation system.

While a lot of the focus at CES is on consumer-oriented, media-centric tablets, Freescale is showing that there’s room for a wide range of tablet types. 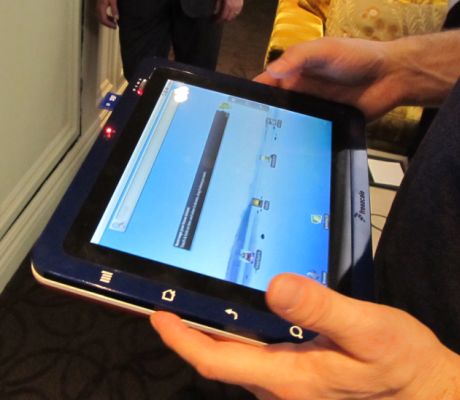 The company also showed off a reference design for its next-generation chips, with support for 1080p HD video output and 720p HD video encoding. The current generation of Freescale chips top out at 1080i video playback. 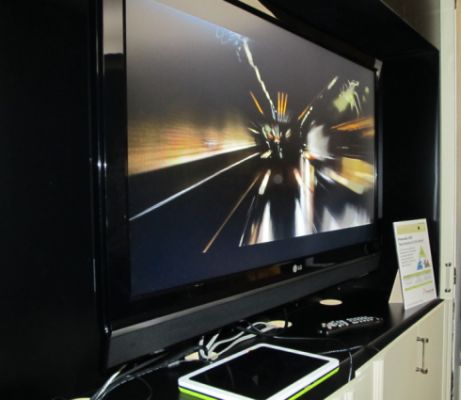 Freescale is also the top supplier of chips for eBook readers with E Ink displays. The company’s chips power the Amazon Kindle, Sony Reader, Kobo, and others.

One of my pet peeves about most E Ink devices is that the page refresh rate is painfully slow. I don’t expect to be able to watch video on these devices, but it’s kind of jarring that turning a page brings up an Etch-a-Sketch style black screen which wipes the page and then refreshes the text. While we’ve been seeing faster and faster screen refresh rates on eBook readers, I’ve never seen anything like the demo I got from Freescale today, which showed a Freescale ARM Cortex-A8 processor paired with an E Ink display handling 8 frames per second. That’s fast enough for some animation effects, and more than fast enough to flip pages without that jarring sense that your entire screen has gone dark for a second.

You can check out some more photos of devices with Freescale chips below.