The FreeDOS project was officially announced on June 29th, 1994, which means that the project celebrated its 25th birthday over the weekend. 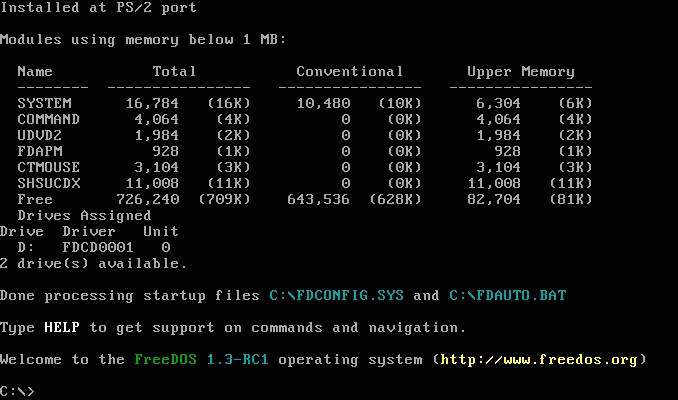 FreeDOS has been under active development for all that time, and while it’s considered “feature complete,” the team behind the project continues to refine things. FreeDOS 1.2, for example, featured an improved installer and an updated set of packages including some games. And version 1.3, which is currently under development, will keep its focus on DOS app compatibility, but lead developer Jim Hall says he’s encouraging developers to port existing GNU or UNIX tools or create new ones for FreeDOS.

While FreeDOS isn’t the only way to run DOS software on a modern PC, it’s noteworthy partly because it’s been around so long, partly because it’s a complete operating system in its own right rather than an emulator like DOSBox, and some PC makers will even ship computers with freeDOS as an option… although it seems that this is mostly for folks who don’t want to pay for a Windows license with a new PC rather than for customers who actually want to run freeDOS.

I interviewed Hall a few years ago for the LPX podcast and we had a great conversation about the project… and why someone would spend decades keeping old software alive.

Hall also held an Ask Me Anything session at Reddit this weekend.