It’s been more than two decades since Microsoft started to move away from MS-DOS with the launch of Windows 95. But a generation of computers users grew up with DOS in the 80s and 90s and there are thousands of programs and games developed for the platform. Many are still worth running.

Some classic games are much fun to play today as they were 30 years ago. Some businesses are continuing to run vintage software because it still meets their needs. And author George R.R. Martin said just two years ago that he was still using a DOS-era word processor to write books.

Fortunately you can still run most of that software without digging around your attic to find a dusty stack of disks with Microsoft DOS on them. There’s a free and open source alternative to DOS called FreeDOS. 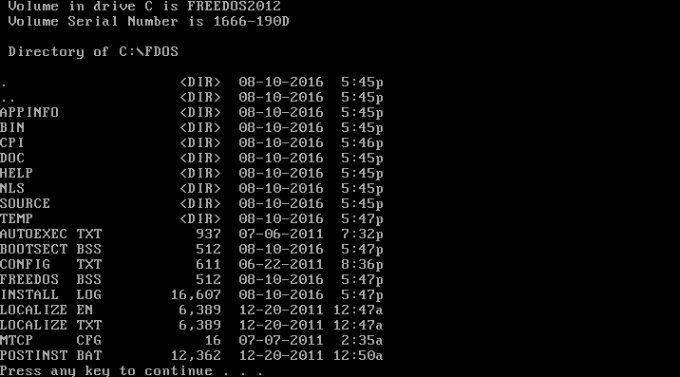 The project was founded by Jim Hall when he was in college in 1994. Unhappy with the direction Microsoft was taking with Windows 95, Hall figured if Linus Torvalds could create an open source version of Unix, how hard could it be to make a DOS clone?

12 years later, FreeDOS 1.0 was released as an operating system that could run just about any program written for DOS.

The next version will be called FreeDOS 1.2 and it should include an improved, easier-to-use installer, among other refinements. Having made a few false starts when installing FreeDOS in a virtual machine to get the screenshot above, I can say that the instructions for installing version 1.1 could have been a little more clear.

I wanted to know what would make someone spend more than 20 years developing a free alternative to an operating system that hasn’t been widely used since the mid-90s. So I asked Jim Hall to join me for a conversation in the latest episode of the LPX Show.

You can find past episodes of the podcast at LPXShow.com, subscribe to the show in iTunes, Google Play, or anywhere else fine podcasts are given away for free, and you can help support the show by making a contribution to our Patreon campaign.