FreedomPop offers several options for customers that want cheap or even free voice, text, and data plans for smartphones, tablets, or other devices.

Now the company is launching a new plan that offers unlimited service for just $5 per month.

What’s the catch? Your devices will only work when they’re connected to WiFi. But FreedomPop says all you need to do is install a free app on your Android device to automatically connect to any of 10 million hotspots in the United States. 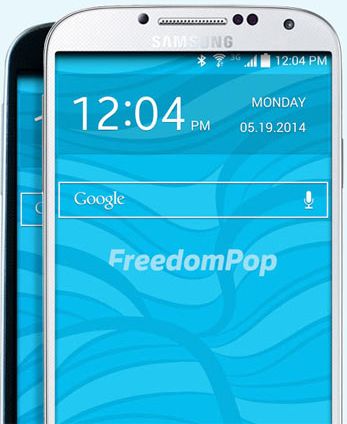 Clearly this plan isn’t for everyone. While FreedomPop says it’s partnering with a number of WiFi providers including Boingo to provide coverage, if you wander outside of a hotspot for a moment while you’re on the phone your call will drop… and you won’t be able to receive calls until you’re back online.

The company is positioning its nationwide WiFi network as a cheap alternative to 4G LTE networks. While the service will likely be far less reliable, it’s also far less expensive: you typically have to pay $50 or more per month for unlimited talk, text, and data on a cellular network. FreedomPop’s service will cost one tenth as much.

If you already have a smartphone plan and want to get a second device online, this could be a cheap alternative. Or if you’re cool with essentially letting all of your calls go to voicemail when you’re not online, I suppose paying $60 per year could look a lot better than paying $600 or more.

FreedomPop says its WiFi ubiquity approaches 99 percent in urban areas, and your $5 per month pays for access to all those networks (you won’t have to sign up for Boingo, for example). But if you live in more rural areas, this sort of service probably won’t work as well… unless you want to treat your smartphone as a home phone.