The Freakbox is a small box that you can plug into a TV to run Android apps on the big screen. There are dozens of those on the market though. What makes the Freakbox different is that it runs software developed by some of the lead developers from the FreakTab community.

That means instead of buying a TV box, rooting it, and installing a custom ROM to use FreakTab software you can buy a device that’s designed to work with FreakTab firmware out of the box.

We first heard about the project a few weeks ago when the FreakTab team announced that the box would be available soon for $149. Now it’s up for pre-order… and the starting price has dropped to €77, or about $103 US. 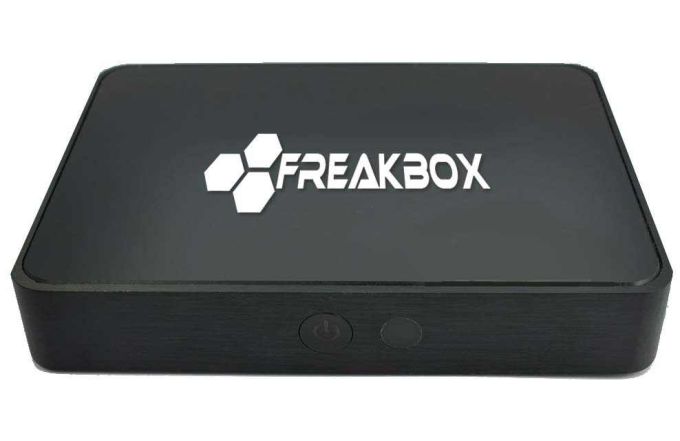 That still makes the Freakbox more expensive than some smart TV boxes… but this is a limited edition device from a team of hobbyists. It’d be hard to produce something that was priced competitively with an entry-level Roku or a generic Android box from China.

The Freakbox features a Rockchip RK3188 ARM Cortex-A9 quad-core processor with Mali-400 graphics, 2GB of RAM, and 8GB of storage. There’s also an option for a model with 32GB of built-in storage, and there’s a microSD card slot for up to 32GB of removable storage.

The box features a custom version of Android 4.4 KitKat and comes pre-rooted.