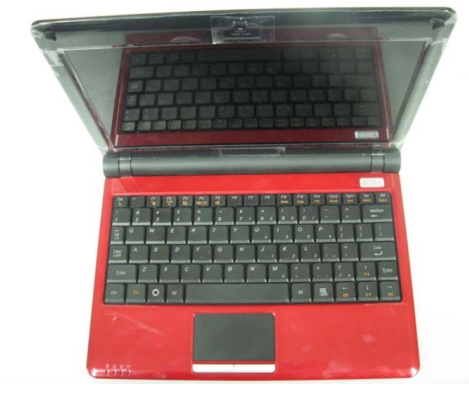 Foxconn is a Taiwanese OEM that makes computers that are rebranded and sold under different company monikers. So I don’t expect to see the Foxconn SZ901P hit US shelves anytime soon, at least not under that name. But the FCC has published documents related to a netbook under that name.

The one interesting thing about the Foxconn netbook is that it supports Windows XP as well as a custom Linux distribution called FoxOS, which includes a dock-style program launcher.

Other specs look pretty normal, including VGA, 3 USB ports, mic and headphone jacks and a touchpad with two buttons but no multitouch support. There are two access panels on the bottom of the netbook, presumably for replacing or upgrading the RAM and hard drive. I can’t find any mention of the processor, memory, or storage capacity. There was a rumor going around earlier this year that Foxconn was working on smartbooks with ARM-based processors, but if there are Windows drivers for this machine, that means it doesn’t have an ARM CPU.