Manufacturer Foxconn is best known for building devices for Apple and other PC makers. But the company also sells a few computers, motherboards, and other products under its own name. One of the latest is the Foxconn AT-5570, a  small form-factor PC with an AMD C-70 low power processor.

This tiny desktop features a fanless design which means that it should be able to sit on your desk or near your TV without making any noise.

The computer has a 1 GHz AMD C-70 dual core CPU with a TDP of 9W. It doesn’t generate a lot of heat, and allows Foxconn to use a passive cooling solution.

The computer has a 2.5 inch bay for a hard drive or solid state disk and supports up to 4GB of RAM.

Interestingly, Foxconn says the system has Radeon HD 7290 graphics. Up until now I’d only seen the C-70 processor described as a chip with Radeon 6290 graphics. But if Foxconn’s product page is accurate, it looks like the difference between the AMD C-70 and last year’s C-60 chip may be the newer graphics core. 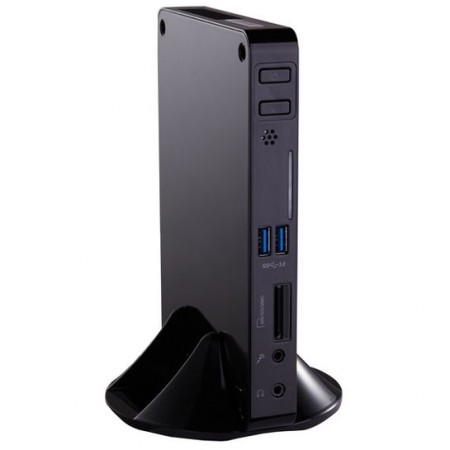