The new iPad is getting a lot of attention for its high resolution, 9.7 inch 2048 x 1536 pixel display. In fact, the pixels are packed so tightly that you can’t really see them while holding the tablet about 15 inches from your face. 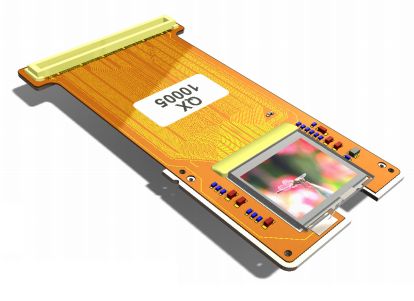 But Fourth Dimension Displays has gone a few steps further. The company offers 1 inch screens which are designed for virtual reality displays that you can wear right in front of your space.

Up until recently the company has been working with 720p and 1080p resolutions, but Ars Technica reports that Fourth Dimension has a prototype 2048 x 1536 screen.

In other words, it has just as many pixels as the 2012 iPad, but it’s only 1 inch rather than 9.7 inches. And instead of holding the screen 15 inches from your eyes, the prototype is meant to be used about an inch from your eyes.

But placing the screen on a pair of goggles and sticking it right in front of your face, you can enable virtual reality systems that offer life-like resolution for movies, video games, and other content.

Right now this sort of system would cost as much as $2000, but there was a time when you couldn’t find an HDTV for under $5000. If and when demand increases, high resolution head-up or head-mounted displays of this sort could become more affordable.