Fortnite is one of the most popular video games on the market right now, which makes it one of the only games that might have a chance of pulling off what developer Epic Games is planning to do next.

The company already offers Fortnite for PC, Mac, PlayStation, Xbox, and Switch. And Epic launched Fortnite for iOS a few months ago.

Now Fortnite plans to offer an Android version of the game, allowing gamers to play the Battle Royale game on their phones, tablets, and TV boxes. But in order to do that you’ll need to download the game from Epic’s website. It won’t be available from the Google Play Store. 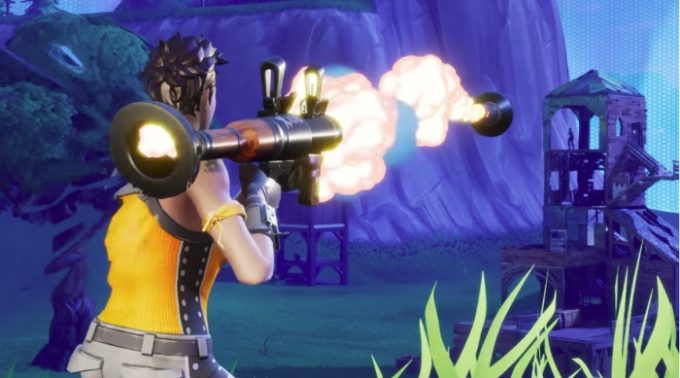 The Verge reports that Epic gives a few reasons for that move. First, it gives the company a better chance to manage its relationship directly with users without going through an intermediary. Second, (and probably more importantly), Google takes a 30 percent cut of any purchases made through the Play Store.

Someone at Epic must have done the math and decided the company stood to lose more revenue to Google by distributing the game through the Play Store than it will lose from users unwilling to sideload the application downloaded from the Epic website.

Fortnite for iOS is distributed through the App Store. But that’s pretty much the only option for making games available to iPhone and iPad users. Apple doesn’t officially support installation of apps from other sources, and Epic probably doesn’t want to have to convince users to jailbreak their devices just so it can avoid giving Apple a portion of its revenue.

Android, on the other hand, has always supported installation of apps from “unknown sources.” It’s a feature that users typically have to manually enable in their device settings. But it does make it easier for developers to test apps before they’re uploaded to the Play Store, easier, for users to install apps that might not be available from the Play Store for one reason or another, and even for third-party app stores to exist.

That said, Google performs security scans for apps distributed through the Play Store, offers automatic updates, and gives users a simplified billing system, among other things. Google’s Play Games service can also save game data so it’s synchronized across devices, among other things.

All of which is to say, it’d probably be a dumb move for most developers to try distributing their apps and games outside of the Play Store. But Fortnite is already an incredibly popular game with a loyal fan base. Gamers who are already hooked might be willing to jump through a few unusual hoops in order to keep gaming on the go. And the popularity of the game could attract new users who don’t own a gaming PC or console, but might be willing to check out Fortnite on a phone.

It’ll be interesting to see how long Epic sticks to its guns though. If the game’s audience starts to dwindle in a year or two, would the company upload the game to Google Play to make it easier for users to find and install?

Making the game available for direct download does have at least one side benefit: Epic won’t have to offer a different version for Amazon’s Fire tablets. Amazon’s Fire OS is a fork of Google Android that is compatible with most Android applications… but which includes Amazon’s own Appstore rather than the Google Play Store. Fortunately, like other versions of Android, Fire OS supports installation of apps from unknown sources.