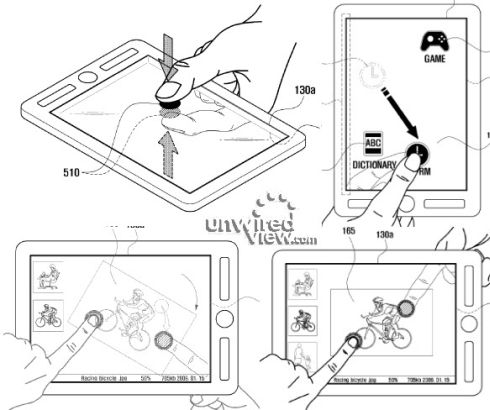 Notebooks with dual screen displays not doing it for you? How about a 2-sided tablet or smartphone that has touchscreens on both the front and the back? Samsung has filed a patent application for a device with those characteristics… for some reason.

Clearly you can only look at one side of a device at a time, which might make you wonder why you would need a toucshcreen on the front and another on the back. But this could let you trace gestures on the front or back screen to interact with the computer’s user interface. Some actions could even be controlled by using both screens at the same time — such as pinching the front and back of the device to zoom.

Using the back of the device as a control interface could also help you see what’s going on with your primary display. This could come in handy if you’re playing a game or watching a video, since poking your fingers at the screen makes it difficult to see what’s happening.

via SlashGear and Unwired View