When Barnes & Noble introduced the Nook Color then the Nook Tablet, they each cost far less than most slates on the market. The bookseller partially achieved this by leaving out some hardware, such as cameras, Bluetooth, and GPS radios. Despite this lack, it’s now possible to use both Nook tabs as GPS navigation devices. 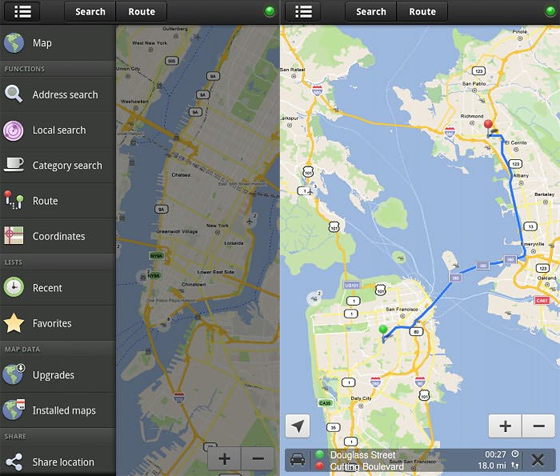 This week the $4.99 ForeverMap 2 app by skobbler appeared in the Nook app store. The app uses Wi-Fi positioning to determine location. I’ve used this method on other GPS-free tablets in the past and find that it’s pretty accurate. The problem is, of course, that as soon as you get away from a Wi-Fi signal the map can’t get any new information.

Still, it is possible to determine location via Wi-Fi even if you’re not connected to a network. And the app will store maps offline. This is good enough for navigation as long as you follow the directions (since there’s no way to recalculate).

The addition of ForeverMap 2 will also allow those developing apps for the Nook ecosystem to include location awareness. Perhaps this means that users can check in via FourSquare or Facebook from the Nook Tablet now.

The Nooks now have a leg up on the Kindle Fire, which doesn’t yet have map functionality. Unfortunately, it might not be enough to stop consumers from choosing tablets with more robust hardware at the same price. The likes of the Google Nexus 7 and the Samsung Galaxy Tab 2 7.0 come in at the same price as the Nook Tablet yet offer Bluetooth, GPS, cameras, and an unrestricted operating system.